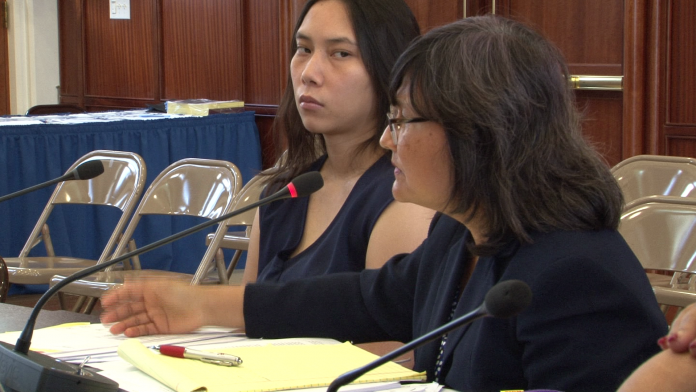 Guam – As Adelup and lawmakers frantically search for solutions to save the Guam Memorial Hospital from an impending demise, stakeholders are meeting with one lawmaker to discuss the feasibility of an HMO program for all of GovGuam or even the possibility of allowing the uninsured public to buy into the GovGuam health insurance contract.

Committee on Health Oversight Vice Chairman Sen. Fernando Esteves held an informal roundtable discussion with stakeholders from GMH and the Department of Public Health and Social Services today to discuss his concept of mandating all GovGuam employees, some 5,000 strong, to enter into some kind of HMO system that would require them to seek healthcare related services at GMH or public health centers as a first line of service before they can seek care with private clinics or hospitals.

“If you’re a government of Guam employee and there are openings to services available at the Guam Memorial Hospital and I was also looking at the community health clinic, that based on the contract that right now is under protest, that we could potentially, redo or reconstruct in order to have this clause in there that would that help address the payor mix at GMH,” Esteves explained.

But his ideas we met with some pushback. The most passionate among them is Linda Denorcey, Public Health services administrator for the island’s community health centers. She underscored the importance of funding if the idea of a GovGuam HMO were to be floated. But it’s not necessarily the same kind of funding song GMH and Adelup has been singing.

“The core issue is this:  we have already the federal government giving us the ACA monies, right, all we have to do is just match it. If we can get the local monies to match it. You have a lot of these monies from the federal side,” said Denorcey. “Number two the other problem is even if you were to get Medicare, Medicaid, MIP patients, as ms Benita said … these private doctors would love Medicaid, MIP, if you can pay them.”

There are other issues GovGuam could potentially run into. As an example, GRMC is located in the most populous village of Guam and by law, emergency responders are required to transport patients to the closest hospital. Another potential hurdle is in the availability of services. GMH and community health centers may not be able to provide certain services, like MRI testing.

“I need to know that if we’re gonna be throwing more money at the Guam Memorial Hospital and into healthcare so that they can recruit, they can get more equipment, is there gonna be a market that that’s actually gonna go to,” elaborated Esteves.

But Denorcey says the HMO model is not a novel idea. GovGuam has tried a similar system in the past.

“And that’ snot what we’re trying to do. I just wanna be very clear. We’re not trying to do that. It’s not an only, it’s not an all or nothing,” noted Esteves.

“So you’re saying they have a choice?”

“They’ll have a choice. If they can’t be taken–so if, let’s say, there’s only two appointment slots available at Guam Memorial Hospital, those two appointment slots are taken, they don’t have any openings for two weeks out, you can go anywhere within the HMO,” proposed Esteves. “Right now everyone’s trying to flee from GMH and that’s to their detriment because that’s gonna put them in a worse position, and that’s why I’m saying, the choice right now, especially we’re paying for that choice, for everybody to go everywhere … is we’re allowing our own employees, that the taxpayers are paying for, in large part, during a fiscal crisis, to go everywhere but our hospital; where we’re paying employees to do a job and whether they have a lot of patients or no patients, we’re still paying these employees.”

Esteves said he will continue to meet with stakeholders and discuss his proposal with others in the community.