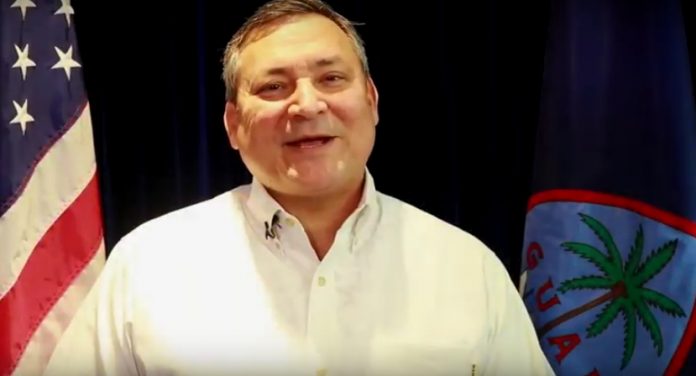 Governor Eddie Calvo is asking for the public’s help with identifying the worst roads in their village.

Guam – Road improvements could become a reality in the New Year.

Governor Eddie Calvo announced in his weekly address that he is working with mayors to fix the three worst roads in each village.

Blaming the legislature for decreasing the Department of Public Work’s funding, the Office of the Governor, in conjunction with DPW, is announcing more road improvement plans.

Last week, Governor Eddie Calvo signed Senator Frank Aguon’s Bill 285 into public law 191 to resurface a road at Harmon Industrial Park. Praising the senator and the private businesses for their quote “creative efforts of private sector partners”, the Governor is now hoping to find creative means as well to fix the island’s other notoriously rundown roads.

“My office also announced that two northern roads will be resurfaced in the next few months: Macheche Avenue and Chalan Balako. I hope to see the contracts for those projects soon, so I can sign them and work can begin. Another project getting underway will fix the potholes on hamburger road. The IFB for that project should be out by next month. In the meantime, DPW is working with mayors to identify three roads in their villages that need the most work,” he said.

The governor is asking the community to identify potholes they believe need the most fixing by calling the Department of Public Works at 646-3129.