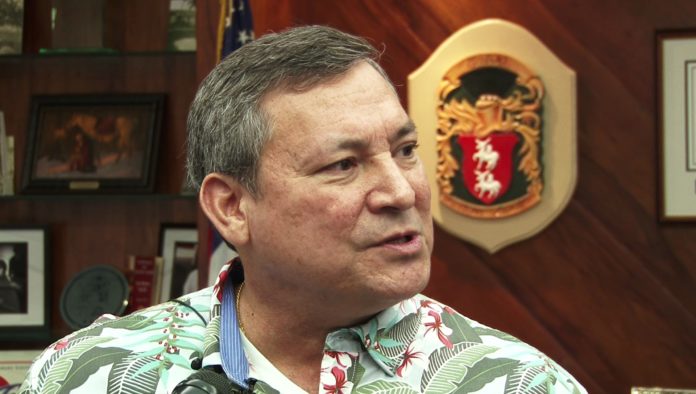 Guam – Governor Eddie Calvo has vehemently denied all of these allegations of corruption with regards to the GovGuam health insurance contract made against his administration by Troy Torres. The governor says that they are categorically false and that there is something psychologically wrong with Torres.

“This is another one of the fictitious statements that my former director [of communications] has been saying. And I wouldn’t even wanna blame him because I think he’s got other influences around him that has maybe warped the facts as he remembers but this is categorically false,” said Governor Calvo adding, “I feel for the guy but he is right now not in a straight…I personally believe there is something wrong with him psychologically and I pray for him because he is a good young man. I do believe that drugs addiction in this island has hit every aspect in this community rich poor every ethnicity and I think unfortunately I see a lot of things happening with what Troy is saying and I pray for him. I mean he’s acknowledged drug addiction that goes back many years. And by the way I did not know, I remember asking Troy because there were rumors I will not stand for drug addiction or drug use. We’ve had in my administration random drug testing of agencies but also Adelup.”

Governor Calvo says if he had known that Torres was on drugs while working in his administration he would’ve “fired him on the spot”.