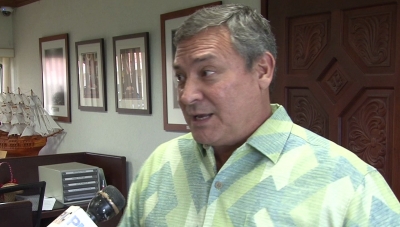 Governor Eddie Calvo is calling for a stop to military construction and a reassessment of both the Record of Decision and Programmatic Agreement that paved the way for the Guam military buildup and relocation of Marines from Okinawa to Guam.

Guam – Just days after the Guam Legislature passed a resolution calling for a pause to the construction of a live fire training range complex, Governor Calvo has issued a release calling for a stop to all military construction related to the military buildup pending a reassessment of the Record of Decision and Programmatic Agreement.

Today (Friday) the Governor says he’s directed his Senior Staff Advisor on the Military Build Up “to begin the process of informing the Department of Defense of my desire to request a total stoppage of any further military construction on Guam, while we reassess the Record of Decision and Programmatic Agreement.”

Reassessment needed of Record of Decision and Programmatic Agreement

With no resolution to the H2B visa denials issue that threatens our economy, Governor Calvo is requesting military buildup construction be stopped to reassess the Record of Decision and Programmatic Agreement.

“I have been provided no viable options by anyone in the Federal Government and now must resort to options not considered before,” the Governor wrote to acting Director James W. McCament, U.S. Citizenship and Immigration Services. “I have directed my Senior Staff Advisor on the Military Build Up to begin the process of informing the Department of Defense of my desire to request a total stoppage of any further military construction on Guam, while we reassess the Record of Decision and Programmatic Agreement.”

Despite numerous calls and letters to Department of Labor, Department of Defense, Department of Homeland Security, U.S. Citizenship & Immigration Services in the last two years, there has been no resolution to the problem created with the denied requests to augment local labor workforces with skilled laborers.

“Unfortunately, this H2B denial, which started with the bureaucrats of the Obama Administration, continues to linger. In so doing, it is not only hindering our island’s economy but I believe it is risking our island and our nation’s security as well,” Governor Calvo stated today. “I consider this a  clear and present danger to the safety and health of the people of Guam.”

In his letter to McCament, Governor Calvo notes the harm caused by the continued denial of skilled foreign workers. These include increased costs of construction that is pricing everyday Guamanians out of building their homes and is inflating overall costs in construction. Fewer companies are bidding for military and civilian projects. A critical upgrade of the Guam Memorial Hospital’s labor and delivery has to be re-bid because no companies bid for the multi-million project in the first round. The situation is strangling small construction businesses and the U.S. Navy also recorded its first ever “bid bust” for a $36.5 million project — all due to a lack of skilled workers.

The NDAA continues to be debated but only provides half the solution for Guam, contrary to the “One Guam” tenet of the Four Pillars. The Governor further believes that any further construction within the base will only worsen the situation outside of the gate.

“The lack of a complete solution sends a message to the people of Guam that we are NOT partners in this movement forward,” the Governor wrote to McCament. “This message saddens me to the core, especially considering our people’s continued patriotism and loyalty to the United States.” 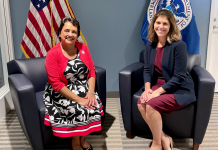