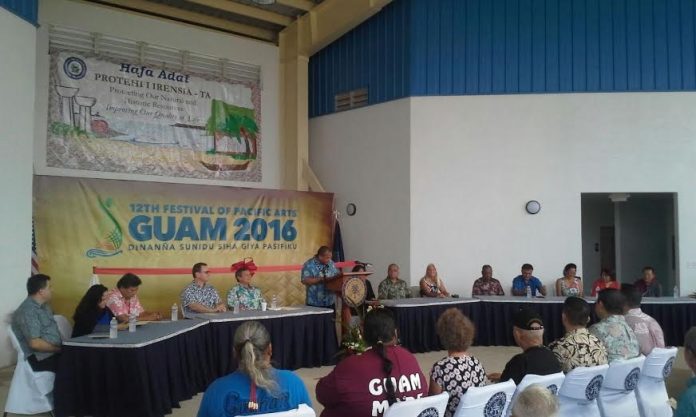 The newly renovated rec center will be the operation center and command post for FESTPAC.

The renovations were made as part of Guam’s preparation for hosting the Festival of the Pacific Arts or FESTPAC in May. Governor Eddie Calvo spoke about how it was his father who reconstructed the Paseo Stadium when he was Governor. The Governor spoke about the construction of the fisherman’s platform, the Guam Museum, the Guam Seal Park and renovations to the Hagatna library. “You’re seeing the capital city of Hagatna revitalized and as far as I’m concerned as we complete this FESTPAC and we show off Guam to the world and to the Pacific that would be the first chapter and the second chapter would be after FESTPAC,” said Governor Calvo.

The recreation center at the Paseo Stadium closed in 2002 after receiving major damage from typhoon Pongsona. The newly renovated rec center will be the operation center and command post for FESTPAC.