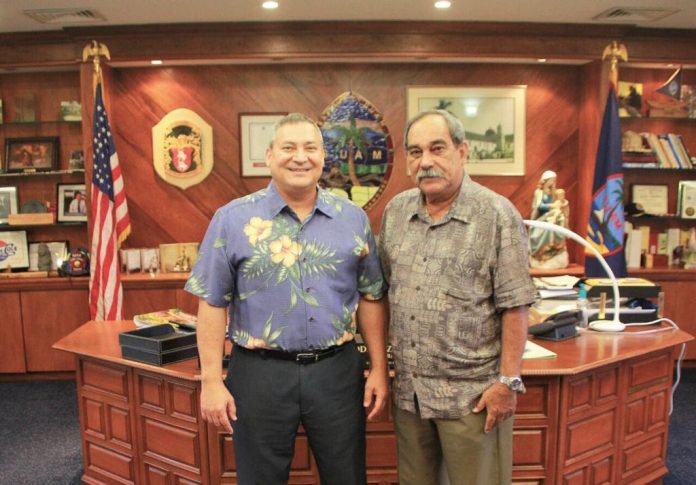 Guam – After reaching out to his counterpart in the Federated States of Micronesia, Governor Eddie Calvo has successfully secured the financial assistance of FSM President Peter Christian.

In a release from Adelup this morning, Calvo reported on the results of his tete-a-tete with the fellow head of government yesterday, which includes a $100,000 donation by Christian to assist Guam with typhoon recovery. According to the email, both leaders are frustrated with the federal red tape they’re tied up in during their time of need.

But the talk didn’t stop there as Calvo and Christian also discussed the matter of bad apples among Guam’s FAS population, most recently brought to light in a series of viral videos depicting public violence.

President Christian said his administration is looking for ways to tackle the issue proactively at his home state. Christian also expressed his desire to continue the conversation about creating an affordable housing program for FSM immigrants.

The Micronesian leaders will meet again on Guam next week.