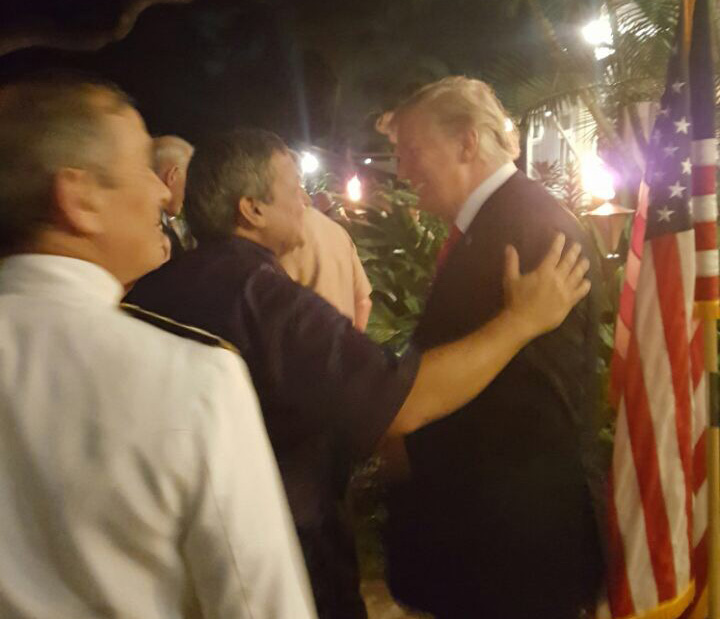 The near-100 percent denials of H2B visas began at the end of the Obama Administration.

Honolulu, HI – Governor Eddie Calvo had the opportunity to meet with President Trump over the weekend, albeit briefly.  But the governor did say he was assured by the president that the H2B visa issue will be resolved.

The governor’s press team sent pictures of the meeting in Hawaii in which Calvo and Trump appear to be shaking hands.

In a release, Governor Calvo said of the meeting, “I have been working diligently to resolve the H2B issue on Guam, and tonight, I had the chance to address my concerns to the president and he assured me that it will be resolved.”  The administration did not elaborate on what exactly was discussed between them.

The governor also met with President Trump’s chief of staff, John Kelly, whom the governor said was given an order by the president to resolve the H2B crisis.

Last October, the Guam Contractors Association and a number of local businesses filed a lawsuit against the federal government over the abrupt denials of H2B visas which created a severe shortage in foreign labor on island.

The resulting disparity became the basis for Governor Calvo to renounce his support for the military buildup. Adelup says the governor is scheduled to return to Guam Tuesday.

President Trump stopped in Hawaii before embarking on his 10-day Asia trip–his first visit to Asia as president of the United States.