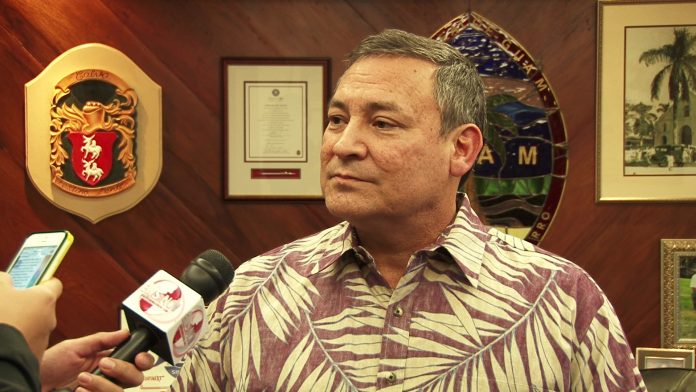 Guam – Governor Eddie Calvo for the first time met with technical staff and management level employees at the Guam Memorial Hospital today and made some announcements on billing practices at the cash-strapped hospital. However, noticeably absent from the meeting was GMH CEO Ted Lewis.

One of the first policy changes the governor implemented is in insurance payments. At the advice of the GMH Advisory Council the governor empaneled late last month, Governor Calvo will now require that all insurance companies pay 75 percent of submitted bills within 45 days of receipt.

“We cannot afford to allow insurance carriers to drag out payments. As of today, prompt payment is the rule and no longer the exception,” he said in a press release. “In order to keep the lights on, employees paid and vital supplies coming to the hospital, we must require insurers and patients to start paying up front, regardless if there is a denied or disputed claim.”

The governor also announced that as the transitional head of the GMHA Board of Trustees, he will be making twice weekly visits until a more stable, permanent board and management is put in place.