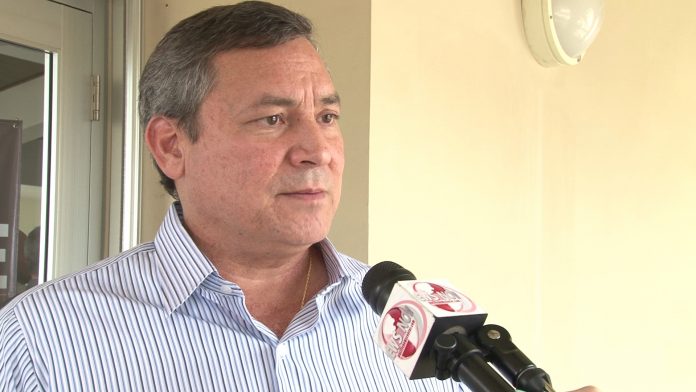 The governor says monthly deductions from Adelup staffers who received the illegal bonuses will begin if legislation doesn’t pass. The deductions will then end by December 2018, at the end of Governor Calvo’s term.

Guam – Governor Calvo is asking Adelup employees to return the pay adjustments that they originally received in 2014, unless the Legislature allows them to keep it as retroactive compensation, as they did for other GovGuam employees.

“We were trying to create parity between our staff and the other employees in the government, but the AG feels mistakes were made in the execution, and this issue is now distracting us from the work we’re trying to do. We’re not willing to sacrifice our agenda just to reach parity for ourselves,” Chief of Staff Mark Calvo said.  “It isn’t worth keeping this lump sum if it means taking our focus away from all the good things the Calvo Tenorio administration is trying to get done.”

In 2014, when the other branches of the government received retroactive pay adjustments, the Governor didn’t want his staff to be left out of the Competitive Wage Act. So he authorized a lump sum pay adjustment for his staff. Unfortunately, those instructions were not followed when the payroll information was entered into the government’s financial information system, and the payments were entered using an earlier date.

The Attorney General reviewed the lump sum payments and, although she recognized the Governor’s authority to determine his staff’s salary, she decided that the pay adjustments were issued contrary to law. The Attorney General advised that the Governor’s Office could simply correct the mistake by introducing legislation to bring the Adelup employees in line with the other GovGuam employees under the Competitive Wage Act. Thus, Adelup is also sending a bill to the Legislature for the senators to consider.

“Governor Calvo feels bad that his staff may be singled out and may have to make this sacrifice if the legislation is not approved,” Mark Calvo said. “Governor Calvo is proud of his staff and the things that his administration has accomplished. None of the success of this administration could have been done without their hard work,” continued Mark Calvo. “The Governor and Lt. Governor’s staff have been asked to make sacrifices before, and they have always stepped up.”

The Chief of Staff refers to the voluntary 10% pay cut the Governor, the Lieutenant Governor, their senior staff, and their Cabinet took between 2011 and 2012, when no one else in the government would. The leaders decided to cut their pay so long as tax refunds were behind. They donated their pay to tax refunds.

If the legislation doesn’t pass, Adelup will start monthly payroll deductions in July of this year. The amounts will be fully paid to the General Fund over 30 months, by December 2018, the last month of the Calvo Tenorio administration. This will also include the 40 former employees who were previously asked to start paying back their pay adjustments.