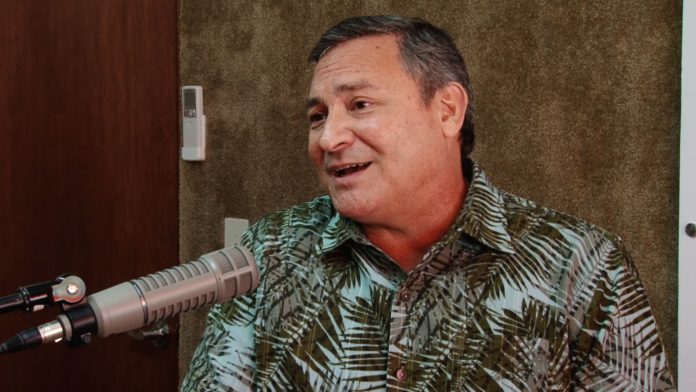 Guam – The Trump tax reforms will result in lower revenues for GovGuam. Governor Calvo says GovGuam will need to tighten its belt by $47.9 million dollars for this fiscal year something the Governor says could even mean cuts to personnel.

The governor spoke about the effects of the Trump tax reforms during the Rick Nauta show on Newstalk K57. Governor Calvo says he’s asked GovGuam agencies to submit a list of areas where they think they can cut costs.

“The first thing starts with every one of you folks every one of your agencies there’s gonna be this cut. It’s a pro rata basis. Tell me what the impacts are, what you folks are gonna do to cut. Focussing on your core service keeping them in line but looking at the services that may have to be cut and also what it means in terms of personnel cuts,” said Governor Calvo.

These cuts are necessary because Congress passed, and President Trump signed the “Tax Cuts and Jobs Act of 2017.”  The new reform spearheaded by the President cuts taxes for individuals and corporations. These tax cuts mean less money for GovGuam. The Bureau of Budget and Management Research is estimating the federal law, which Guam automatically mirrors, will cost the local government $47.9 million for this fiscal year, which is already in its fourth month. Next fiscal year it’s estimated to cost GovGuam $66.1 million in revenue.  GovGuam agencies will be given pro-rata cuts as early as February.

“It may mean in certain types of agencies we may just have to shut down certain agencies that are not critical in terms of providing stability to this community,” said Calvo.

The only other answer says the governor is to find ways to generate new revenue.

“It may mean having an adjustment on areas that we can adjust and those are the territorial taxes,” said Calvo.

This means potentially increasing taxes like the business privilege tax—also known as the gross receipts tax, or property taxes. The governor says we could also look at taxing internet sales with companies who ship to Guam, like Amazon.  Governor Calvo says these are the types of decisions we’ll have to make as long as we mirror the federal tax laws.

“The federal government has been bi-polar—has been schizophrenic, and we are now seeing it in the actions that it has been doing even with the shutdown over the past few days. Unfortunately, as a territory of the United States we’ve got to follow what federal law tells us,” said Calvo.

The governor says this makes a good argument for delinking from the federal tax code.

“Certain territories have done it. Where they delinked and what they’ve done is they’ve delinked it and then delinked but not trying to be overly creative. They’ve delinked it but based it on the tax code the U.S. tax code of a certain year. To provide stability,” said Calvo.

The problem with delinking is it takes time, something the governor says we do not have on our side right now.

“It means going through the whole congressional, the process, and that process could take years as you’ve seen how congress acts on much of what Guam’s needs are,” said Calvo.

READ THE LIST OF AGENCIES AND THEIR BUDGET APPROPRIATIONS BELOW:

General Fund appropriations for Fiscal Year 2018: (These numbers do not include special funds or federal grants)