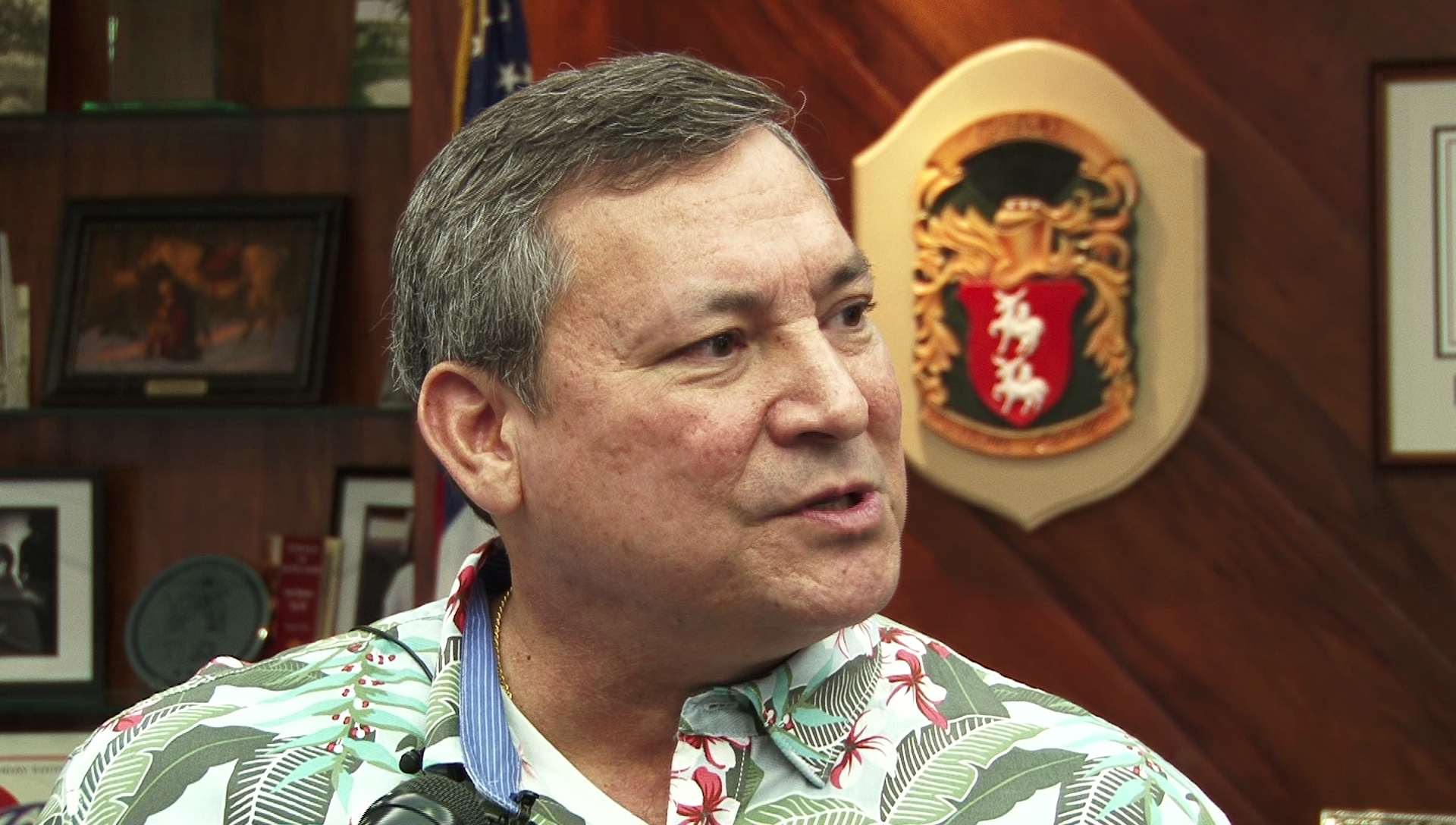 Governor Calvo who has said that he personally favors statehood will be speaking to the United Nations about Guam’s intent to vote for its political status. Guam is currently an unicorporated territory of the United States.

Guam – Governor Eddie Calvo is headed to the United Nations to tell the general assembly that the people of Guam intend to vote on their political status.

“I have made no secret over the years that my personal preference on political status but even more than that … My desire is that we, the people of Guam, I TaoTao Guahan, … Are raised out of our current status as an unincorporated territory … And brought into a status of our own choosing,” said Calvo.

The Governor who is pro-statehood is among several government of Guam officials who are heading to the United Nations to speak about the island’s need for self-determination which is the island’s need to pick its own political status. “This was the cry of my great grandfather Tomas Anderson Calvo who, a century ago, asserted that we must not be afraid to defend our rights as a people to determine for ourselves what path we should take,” said the Governor.

Guam is currently an unincorporated territory of the United States which means among other things that not all rights afforded by the constitution apply to Guam residents. Not all federal laws apply on Guam either. Because Guam is not a state, residents of Guam cannot vote for president and the island has only a non-voting delegate to the House of Representatives.

Governor Calvo spoke about his great grandfather’s rallying cry for self-determination. “I hope that every young Chamorro, indeed every young Guamanian, understand that this rallying cry is not one that is borne out of hatred for any particular group, but out of love for democracy and our belief in ourselves as a people,” said Calvo.

The Governor says that he fought hard to fund the decolonization commission’s educational campaign and has pushed for a plebiscite vote. He says the larger challenge is in the courts right now where GovGuam is fighting for the right to have a native-inhabitants-only vote.

The Governor quoted his great grandfather who delivered a speech during the opening of the first Guam Congress in 1917. “And he closed by posing the question, of whether we are to be members of the American people or their servitors. My fellow brothers and sisters, we cannot wait another one hundred years for this question to be answered,” said Governor Calvo.

This week the Governor says he will bring Guam’s message of a need for self-determination to the worldwide audience at the United Nations.