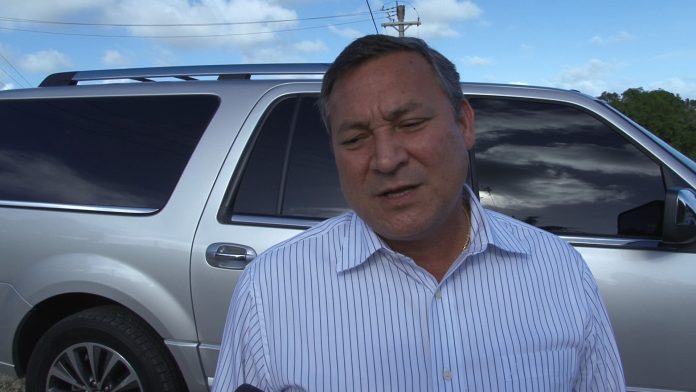 This is the first time in history that a Guam governor has visited the Department of Corrections, according to their press release.

Guam – Governor Eddie Calvo appears to be sending a strong message of changing how we view our prison system. He visited the Department of Corrections yesterday and had some one on one discussions with inmates—a first for any Guam governor.

In a release, he says he was inspired to conduct the visit after listening to a Christmas homily by Pope Francis, delivered by Father Francis Hezel here on Guam. The message was one of second chances and hope.

The governor tells PNC that one of the inmates he met with yesterday was a single mother who had lost everything because of a drug-related crime.

“It was an opportunity for me to see the conditions at the prison, both with those that are working there and of course the incarcerees [sic] and inmates. It’s interesting to have talked to a young mother, and for her, this inmate, her dream is seeing her kids again. I think it’s important now as we move on the new year. I’m not here to judge anybody,” the governor explains.

The governor says he will be looking into programs that could assist inmates with reintegrating back into society and also help them have better lives.

“So it’s important now in this new year to look at some of the issues that are in the prison, including with what those issues are with inmates, see what we can do to at least, when they’re in there, give them the proper facilities and the proper training to make it livable and to make it something where they do not just stagnate in that prison and then hopefully, coming out of the prison, there’s also programs we can do to give them a jump start, a second chance at life,” he says.

Governor Calvo’s visit to the prison facility follows a significant move by President Obama last November in which he took executive action announcing several initiatives that would give former prisoners better access to employment and housing.

The president also approved more funding for programs across the US for adult re-entry education grants.