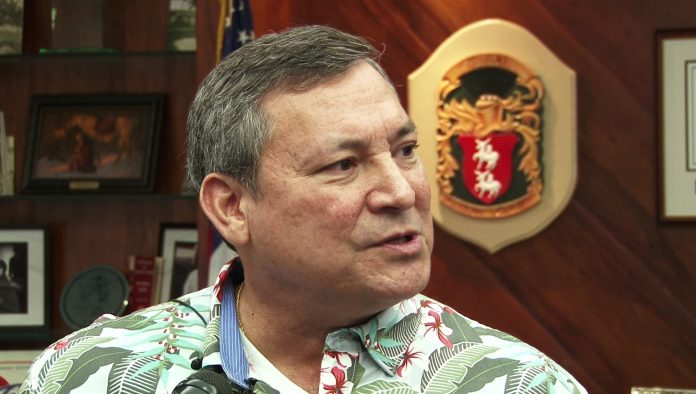 In a release, the governor called on the chief of police to ensure that Charfauros “be held accountable for his actions.”

(Adelup) – The Governor has directed the Chief of Police to ensure that a high-ranked, off-duty Guam Police Department officer yelling at police officers be held accountable for his actions.

This administration values professionalism. With the police department, a very high level of professionalism is expected and essential in creating a relationship with the community it serves.

“I have seen the video and have heard from a number of people who are wondering about Col. Mark Charfauros’ behavior. It is disturbing to observe the highest classified employee in the Guam Police Department, a colonel, to act in such a manner,” Governor Calvo stated.

The Governor understands that GPD is conducting an investigation but has told Chief JI Cruz that no one is above the law. GPD also must be transparent with the public with the results.

“I want to ensure that he is held to the standard that a high-ranked official should be held,” the Governor stated.