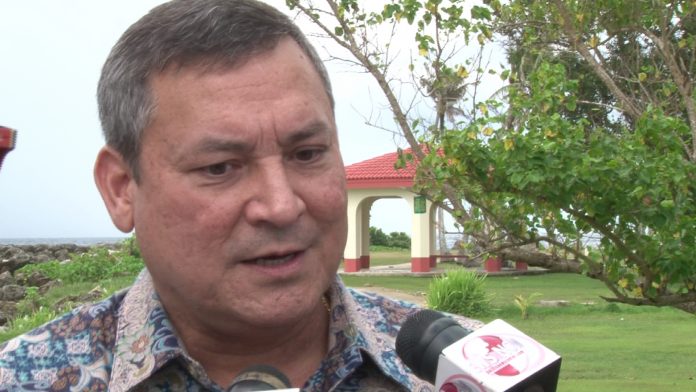 Governor Eddie Calvo says he signed a settlement agreement with GRRP and not a contract.

Guam – While Governor Eddie Calvo and GRRP have signed off on a settlement agreement on a $20 million lawsuit over a contract to build an incinerator on Guam, the governor says this does not mean that an actual contract has been signed. The agreement, however, was signed under the radar back in July and wasn’t discovered until over a month later.

Governor Calvo wants to clear the record over a controversial deal that was reached between GovGuam and Guam Resource Recovery Partners—the agency proposing to build a waste-to-energy plant on Guam. GRRP’s proposal, 20 years in the making, to put an incinerator on Guam has been heavily opposed, both by the public and by elected leaders.

During a Guam Economic Development Authority board hearing in late July, a deal was struck, but Governor Calvo says what was signed was a settlement agreement, not a contract.

“There’s no contract that’s been signed. It’s moving forward an agreement that still has so many components that have to be addressed and differing groups and organizations and individuals that have responsibilities,” the governor explained.

But questions were raised as to how this agreement was signed without much public notice. The governor felt compelled to address it.

“As a matter of fact, correct me if I’m wrong, this was all held at a GEDA board meeting so I’m glad they were having open discussions on this and it was not held in a non-transparent manner,” Governor Calvo noted.

We asked Governor Calvo if his signature on the settlement agreement signals his support for an incinerator on island.

“[My signature signals my support] for an agreement to move forward. We’ve been ordered by the court to try to work toward an agreement,” said Governor Calvo.

The governor says his involvement now also resolves questions over his absence back in December when the proposal was before the legislature. At the time, Governor Calvo had not signed off on any agreement.

“One of the senators introduced a bill and I think it was the vice speaker that said, ‘Wait a minute. Where’s the governor in all this? So we’re not gonna move anywhere until the governor states where he is on this.’ And obviously the court has ordered us to work toward an agreement and I’m going to do my due diligence and work toward an agreement,” Governor Calvo explained.

Meanwhile, GRRP Spokesman Dave Sablan this morning addressed longstanding criticism over the proposed waste-to-energy plant, going back to its history—that a contract had been signed before the public law which banned incineration on Guam ever passed.

“There’s all these people saying, ‘Yeah you can’t do incineration.’ GRRP’s position has always been that the law that was passed to prevent incineration on the island does not apply to this service contract. This service contract was negotiated and signed in July 1996,” Sablan told host Ray Gibson on the K57 Breakfast Show this morning.