The Office of Public Accountability has raised questions about the extra pay some GovGuam workers received due to COVID-19.

The OPA said there was inconsistent use of legal authority for GovGuam employees’ compensation during the state of emergency in March 2020.

They recommended that the Attorney General’s Office review three things in particular:

= The application of the double pay provision for GPA and GWA;

= The compensatory leave credits for GWA;

= And the payment of elected and appointed officials receiving COVID-related compensation.

Newstalk K57’s Patti Arroyo asked Governor Lou Leon Guerrero what her thoughts were on the report.

The governor expressed confidence that her administration worked within the bounds of the law.

“When we did the executive order, we researched the law to make sure that we are within the law in what we interpreted and how it should be implemented. So as far as the differential pay in our line agencies, we applied them based on law. And I know there’s been court cases and I think there’s been already opinions and decisions saying that we did work within the parameters of the laws. So I did read the executive summary, I didn’t read the details of the OPA’s report. But I think he was much more on point with the autonomous agencies..in their application of double pay versus our application of 25% and 10%..15% differential pay,” the governor said.

Both GPA and GWA responded to the OPA report by saying they requested guidance from the Department of Administration but received none.

Department of Administration director Edward Birn also told Patti Arroyo that his department had advised GWA to not use double pay.

He said he doesn’t recall if DOA communicated with GPA on the matter, but he told the Public Auditor he would look into it.

As to whether people who received extra pay will have to pay that money back, Birn and the OPA say that’s a matter for the Attorney General’s Office to decide.

“That’s a matter which the Attorney General is looking into. So I’ll let him reach that conclusion. I would just say that obviously, the Public Auditor thinks there is something here that needs to be justified and presumably that’s going to take place over the next months or weeks,” Birn said. 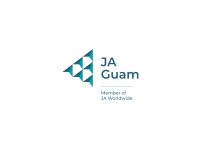