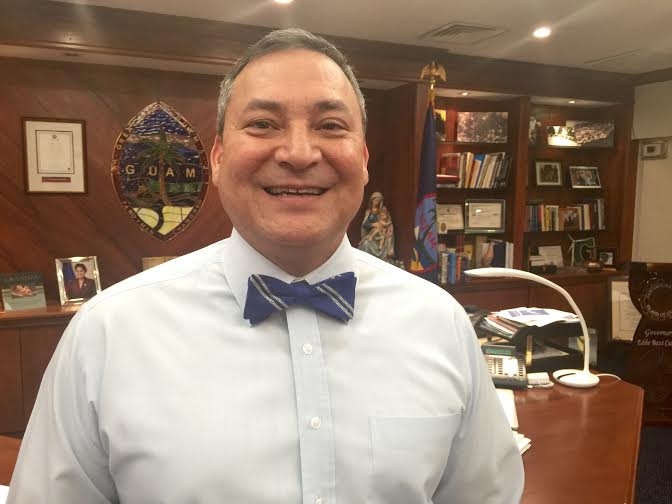 Here is the list of bills signed into law:

Bill 332: An act to authorize I Maga’Lahen Guahan to exchange government owned property in Asinan Ordot- Chalan Pago reserved for the Department of Public Health and Social Services for government-owned property by the Chamorro Land Trust.

Bill 376: An act requiring the completion of an independent economic impact statement relative to the minimum wage on Guam.

Bill 418: An act to adopt the Rules and Regulations of the Peace Officer Standards and Training Commission concerning certification of peace officers and standards of employing agencies and training institutions, to be codified under a new Chapter 3 of Title 27 – Guam Administrative Rules and Regulations.

Bill 428: An act to add subsection (F) to subsection 8121 of Article 1, Chapter 8, Title 4 of the Guam Code Annotated, relative to establishing parity in retirement annuity of the Attorney General of Guam.

Bill 434: An act to establish the positions of Community Health Center Chief Executive Officer, Chief Financial Officer, and Medical Director, within the Community Health Centers, Department of Public Health & Social Services, by amending subsections 3803 and 3804, all of Article 8, Chapter 3, Title 10, Guam Code Annotated, and to adopt the Health Resources and Services Administration Program Regulations under a new Article of Chapter 6, Title 26, Guam Administrative Rules and Regulations.