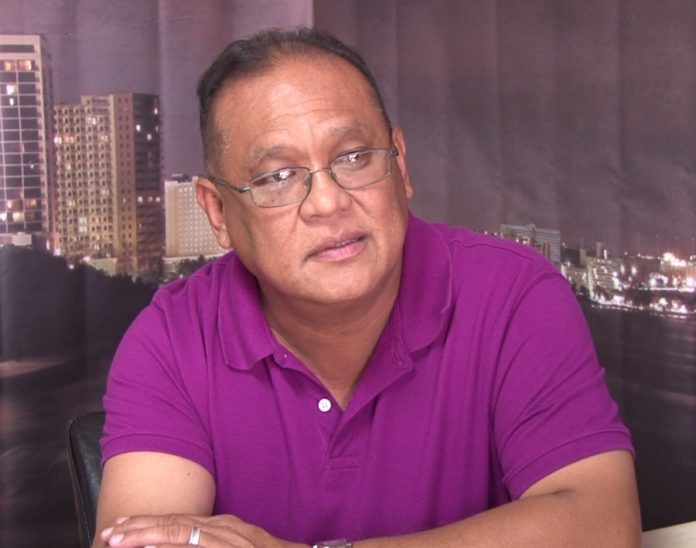 The resignation of Ken Chargualaf leaves two seats to fill on the embattled group.

Guam – Resignations, appointments, and an election have all occurred in recent months for the Guam Education Board.  But when the dust settled after last night’s inauguration, two vacancies remained on the embattled group.  Yesterday a letter was released from controversial Education Board member Ken Chargualaf.  Penned on December 12th, it announced his intentions to then-Chairwoman Lou San Nicolas to resign from the board at the end of the year.

“It is with a heavy heart to arrive to this decision but I now desire to re-focus my retirement life so I can spend more time with my family and to set a new goal for myself,” Chargualaf wrote.

Not many knew in advance about the move — not even current Chairman Pete Ada.

“I got my copy by coincidence of a conversation with [Acting Superintendent Joe Sanchez].  I said, ‘What are you saying?’ and he says ‘I’ll send you a copy.’  That’s how we knew about it,” Ada told PNC.

The letter makes no specific mention of Chargualaf’s plans on a recently won elected seat on the body, which is why Ada says he made sure to confirm the often-criticized member planned on stepping away from both positions, and not as a courtesy resignation ahead of his new place on the board.  Ada says he kept things mum, just in case Chargualaf showed up to last night’s swearing in ceremony.

Chargualaf is part of what has turned into a $7 million civil suit filed by contractually terminated Superintendent Jon Fernandez.  Following his vote to fire Fernandez, Governor Eddie Calvo called for Chargualaf’s resignation, along with two other appointed board members.  While his colleagues heeded that call, Chargualaf did not.  In fact, he ran for an elected seat — signaling his intention to serve on the board far longer than his appointed term, which was scheduled to expire this March.

Today on Mornings with Patti, Adelup’s education advisor Eric Palacios confirms that the Calvo administration is looking into the matter, specifically on the legal ramifications of the resignation, and how the Governor should proceed with filling one or both vacancies.  For his part, Ada says he is seeking similar advice on the elected seat from the Guam Election Commission

“The election commission may decide that [the decision] will be the Governor’s call or they may decide [to] keep it vacant.  I’m almost sure they will be thinking to let the Governor make that appointment because it is the beginning of a term,” said Ada.