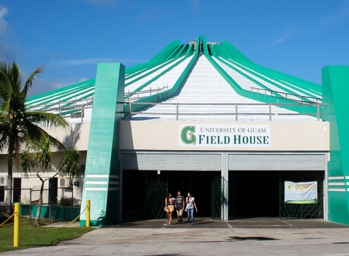 Even after the University of Guam came up with a proposed Sexual Misconduct Policy, the Governor still wants someone to look into UOG’s internal investigation into a sexual misconduct allegation involving a professor and two of his students.

Guam – Governor Eddie Calvo is continuing to dig into the University of Guam’s “handling of recent sexual assault and harassment allegations involving a professor.”

UOG Professor Michael Ehlert allegedly digitally-penetrated two of his students at an off-campus event on Halloween in 2014. UOG investigated and Ehlert was suspended from UOG without pay for three months. However, he was indicted by a Superior Court grand jury for Criminal Sexual Conduct and Official Misconduct in January.

The Governor’s Office is gravely concerned that UOG’s handling of this issue has caused a chilling effect. Governor Calvo first sent a letter to Speaker Judi Won Pat asking her to look into UOG’s investigation into the matter and to call for an oversight hearing. In response, Won Pat scheduled an oversight hearing with UOG on March 2nd. However, the Governor’s Office says “Adelup has no confidence that Won Pat will pursue the matter with the commitment to justice the students deserve.” Because of this, the Governor empaneled an independent team to investigate how UOG addressed the matter.

The Governor’s Chief of Staff Mark Calvo sent a letter to Vice Speaker B.J. Cruz, Senator Brant McCreadie, and survivor advocate Rebecca Elmore to ask them to lead the investigation. In a release, the Chief of Staff said it’s important to consider that the “appearance of impropriety or perception of a cover-up” at UOG may have created an effect that that discourages and intimidates student, staff, faculty, victims and witnesses of sex crimes from speaking up.

UOG’s President Robert Underwood issued a statement last month saying that UOG followed its procedures in regards to this case and has not covered up any crimes or scandals. UOG also came up with a proposed Sexual Misconduct Policy and held a public hearing last week.