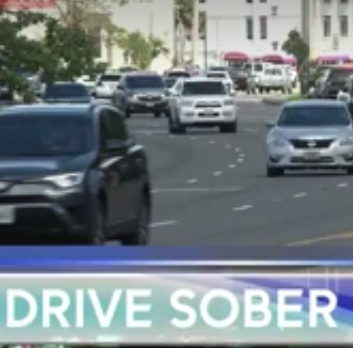 Governor Lou Leon Guerrero held a virtual proclamation signing Monday in recognition of the “Drive Sober or Get Pulled Over” campaign.

The purpose of the campaign, as the name implies, is to further drive home the message that operating a vehicle while under the influence of alcohol, illicit drugs, or certain medications is not legal.

Associate Judge Robert Torres, who participated in the proclamation, says that drug-impaired driving is a major contributor to the problem on our island roads.

“If drivers are impaired by any substance such as alcohol, you should not be behind the wheel of a vehicle because driving while impaired is not only against the law, but is in fact dangerous. Bottom line is, if you feel different, you drive differently,” Torres said.

The Governor declared December a month in recognition of the “Drive Sober or Get Pulled Over,” “If You Feel Different, You Drive Different,” and “Drive High, Get a DUI” campaigns.