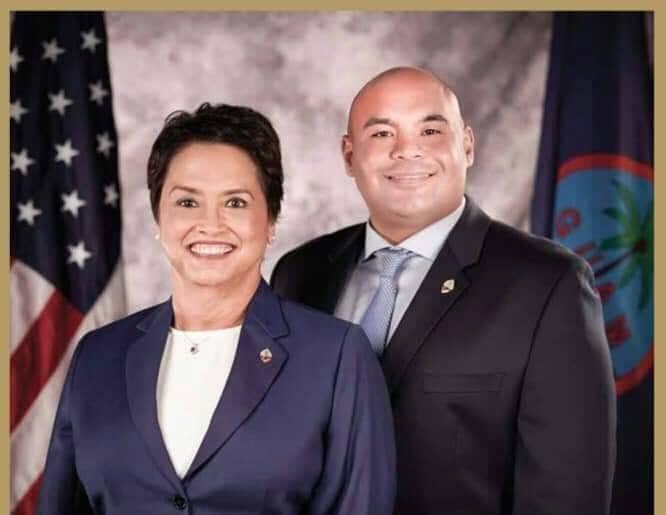 Guam – Help me, help you, that’s the message Maga Haga Lou Leon Guerrero leaves with the Guam Police Department as she commits to addressing a pronounced lack of manpower and public safety resources. Guam’s new governor on a visit to GPD’s Tiyan headquarters for a talk with the department’s top brass on Thursday.

The search for money is on, this according to the island’s governor who shared that public safety is one of the biggest concerns voiced by island residents, it is also one of the priorities of Governor Lou Leon Guerrero and her administration.

“I want to assure you that we will find those monies and we have actually been looking at ways to shift monies to the Guam Police department, so that we can hire those people and one of the things that I have asked the chief is…I want to see his plan of hiring people and I don’t think it’s because of lack of human resources, I believe it’s because of lack of funding and financing but be assured that this administration is going to prioritize the safety of our people.” The governor continued, “Many many years ago when I was still doing nursing I was speeding through Yona and it was during school time and the police man was there and he pulled me over and he said, ma’am you’re going 50 mph in a 25 mph zone. She continued, oh officer yes, I know that and I am really sorry and I am so glad your out here protecting our children’s safety and I respect you for pulling me over and he goes okay, this is just a warning. But I just wanted to say that we don’t have that many out there like that because of the personnel issue.”

While her story garnered a few laughs, the shortage of man power within the department is no laughing matter as it has been an issue that has reared its ugly head for many years, it is also something that the senators and the previous administration attempted to address. By law, specifically Title 10 Chapter 77 of the Guam Code Annotated sets minimum staffing requirements for the Highway Patrol Division at 30 officers. Further requiring that “if at any time less than 30 officers are assigned to the Guam Highway Patrol, the Chief of Police shall notify the Speaker of the I Liheslaturan Guahan, in writing, that such a condition exists. The law also states that there should be a minimum of two patrol officers per village. In addition, in every village which has a population of more than 2,000 persons as determined by the most recent census, there shall one additional officer assigned to that village in each shift for every additional 2,000 persons in population. But these are only minimum the law leaves it up to the Chief of Police to supplement additional personnel as he believes is necessary. While the law is in place to set the standards of staffing on the force, a bill authored by Senator Brant McCreadie in 2014 aimed at ensuring there would be a steady flow of new recruits fell by the wayside. Year after Year budget has been the issue.

“Just in our week and a half working on our budget people we are already finding the monies. Josh and I have been talking about how we can shift it over to public safety so we can start hiring those people, but I just want you to like I said help us and I want you to have the highest integrity as a department and I want you to work within the laws of course you do. I want you to know our village residents, know our businesses. I want you to help make our people safe in their homes,” said the governor to GPD.

Governor Leon Guerrero plans on making this happen by providing the department with human resources, technology and training.

“I think that training is very key and in most organizations when there is a budget shortfall what is the first thing that leaves? Training. Which I think is very short-sighted because if you don’t train up and keep our officers in line with the current ways and best practices we are not providing the quality of safety to our people,” explained the governor.