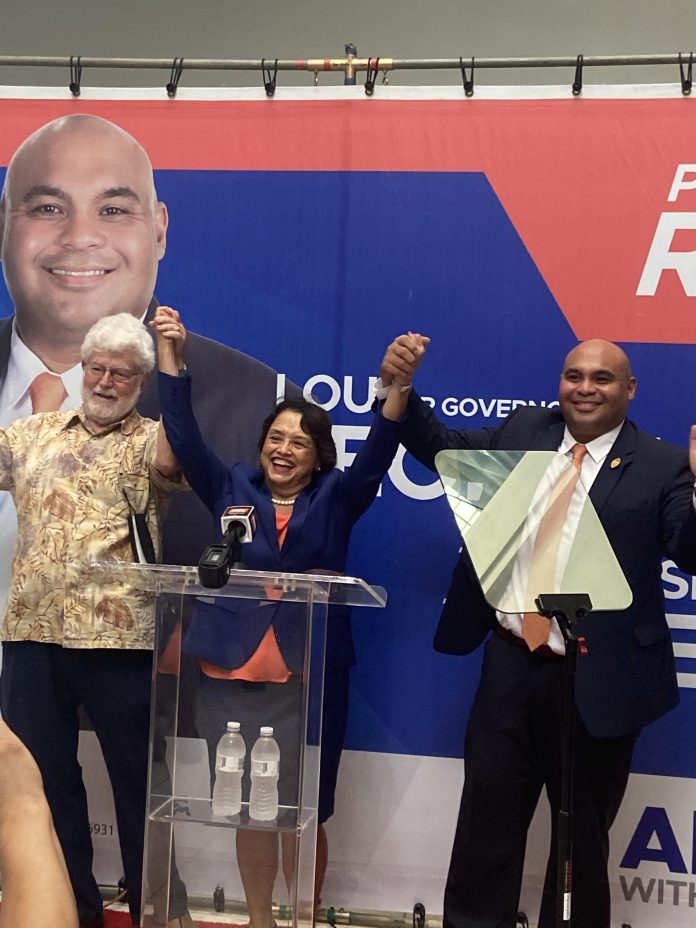 With both the current governor and lieutenant governor filing today this marks the 2nd gubernatorial candidate for the democratic party of Guam. Originally, the pair was supposed to file last week but had to postpone due to health concerns surrounding the Lt. Governor.

As of right now Governor Leon Guerrero and Lieutenant Governor Josh Tenorio are currently running against congressman Michael San Nicolas and Running mate Sabrina Matanane in the Democratic party and against former Governor Felix Camacho and Senator Tony Ada from the republican party.

During Governor’s speech, she stated, “Four years ago we promised to create a safe, fair, compassionate, and prosperous government. We understood the problems our island was facing–they were the same challenges that had simply been passed from one governor to the next–only getting worse no matter who was sent to Adelup. But as soon as we got into the office… we rolled up our sleeves and got to work. And despite a global pandemic that shut down our economy along with the rest of the world… we kept our island going.”

Lou Leon Guerrero, Governor, Government of Guam stated, ” When we began this journey four years ago, we all understood our problems–they were the same challenges that had simply been passed from one governor to the next…We inherited an expanding deficit, our cash flow was crushed by debt. I am proud to report that today, GovGuam’s finances are stable…The deficit is gone just as we promised to do..”