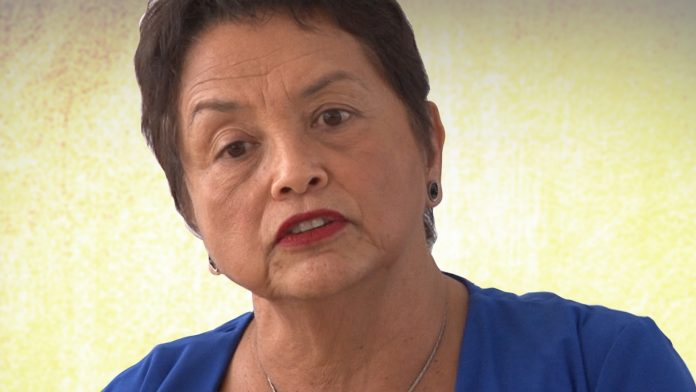 Guam – It was something to behold early this morning as Lou Leon Guerrero took the stage as Guam’s first woman governor-elect at her campaign headquarters in Hagatna, amid shouts of, “Maga! Haga! Maga Haga!”

The excitement was uncontainable. Laughing, screaming, shouting, crying — cheering tears of joy. After waiting out back-to-back, double Republican Administrations and fighting 16 years to regain Adelup, Democrats finally turned their dream into reality following a narrow margin of victory at the polls on Tuesday and final vote tabulations that showed Lou Leon Guerrero and her running mate Josh Tenorio with 50.7 percent of the vote. It was just enough to prevent a runoff. Anything less than 50 percent plus one vote would have forced them to face a second-place finisher this December.

“We are deeply grateful for the opportunity given to us to make a positive change for all our people,” Leon Guerrero told an ecstatic crowd gathered before a grandstand at Lou & Josh’s “I’m IN” campaign headquarters.

“We promise you we will do our best to make sure that we build a Guam that is fair, safe, compassionate and prosperous,” said Lt. Governor-elect Tenorio.

Members of the legislature’s new Democratic supermajority joined the first-ever woman governor-elect, the first-ever first gentleman-to-be Jeffrey Cook, and the first openly gay lieutenant governor-elect onstage at I’m IN headquarters. A bipartisan coalition of women will now occupy two thirds of all seats in the 35th Guam Legislature — also a first. For those gathered, it all goes to show that some things are worth fighting for.