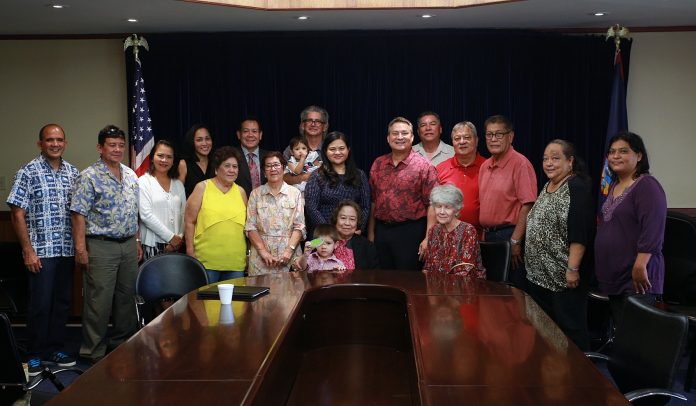 Iriarte has been practicing law for 15 years.

The appointment comes a week after Superior Court Judge James Canto announced his resignation. His last day is on July 14. Canto says he is stepping down from the bench to relocate to the US mainland.

Read more from the governor’s office on Iriarte below.

“Elyze brings more than a decade of experience in private practice, handling the types of cases heard by our island’s Superior Court,” the Governor said. “Not only am I confident in her ability and her understanding of Guam’s laws, but in her love and compassion for our island and our people. I am pleased that she is willing to serve the people of Guam.”

Iriarte graduated from the law school of University of Southern California in 2001, where she was the articles editor for the Southern California Review of Law & Women’s Studies. She has practiced law for 15 years in private practice as an associate and partner of Carlsmith Ball LLP and most recently as a founding partner of Iriarte Camacho Calvo Law Group.

Iriarte currently serves on the Guam Solid Waste Board of Directors as secretary and as a boardmember for Invest$Smart, a local non-profit organization that focuses on financial literacy. A member of both the Guam Women’s Chamber of Commerce and the Guam Chamber of Commerce, Iriarte was previously named as one of Guam Business Magazine’s Top 40 Under 40
“Elyze is a role model to the young women of Guam. She helps illustrate that hard work, determination and perseverance can help you accomplish whatever you set your mind to,” Lt. Governor Ray Tenorio stated.
Iriarte also has held major roles in numerous community organizations, including the Guam Girl Scouts, American Cancer Society, and the Guam Comprehensive Cancer Coalition Policy & Advocacy Team.
“In my 15 years of practice, I have always thought of how I could be of service to the people of Guam, the place where I was born and raised,” Iriarte said. “I am very flattered and very honored to have been nominated for this position.”