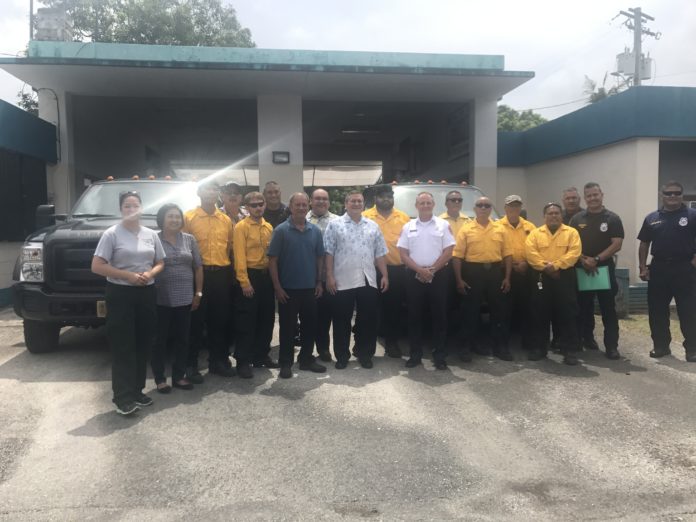 Guam – The Astumbo and Piti fire stations have been re-opened. This morning Governor Calvo paid a visit to the Piti fire station to thank the firefighters for bearing with the GovGuam financial crisis.

The Department of Agriculture’s Forestry division will staff the Piti fire station during the day and GFD fire firefighters will staff the station at night eliminating the overtime costs. The forestry division is trained to fight wild grass and forest fires. Piti Mayor Jesse Alig was also there, and he expressed his gratitude for the re-opening.

The governor says the re-openings of both stations is a good sign and he says he is optimistic about the future of GovGuam saying he believes that once we get through this little bit of a “hiccup” with fiscal stability things will get back to normal quickly.

Meanwhile the Astumbo fire station will be completely managed by GFD and it will be operating at full capacity. The administration says the re-opening of these two fire stations was made possible through some of the savings that GovGuam has realized from recent cost-cutting measures including $400 thousand that was saved in overtime costs by closing the stations.