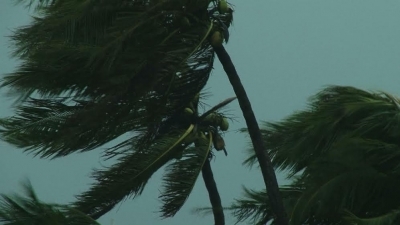 Guam – Governor Eddie Calvo has asked President Barack Obama to declare a major disaster for Guam, following the passage of Typhoon Dolphin over the island earlier this month.

In his request the governor wrote that winds from Typhoon Dolphin exceeded 100 miles an hour causing millions of dollars in damage throughout the island. The Governor’s letter states that commercial businesses declared damages of more than $1.9 Million. Crop losses for farmers exceeded $1 Million according to the Governor.

Damages for GovGuam agencies totaled more than $7 Million. Governors Spokesman Julius Santos says that information was gathered in the days following the Typhoon. While the assessment shows that Guam did meet the threshold to request a declaration, Santos says it’s still up to the president to declare the disaster.

“If he does declare a state of disaster for the island of Guam then there will be some assistance provided for island residents,” Santos explained.