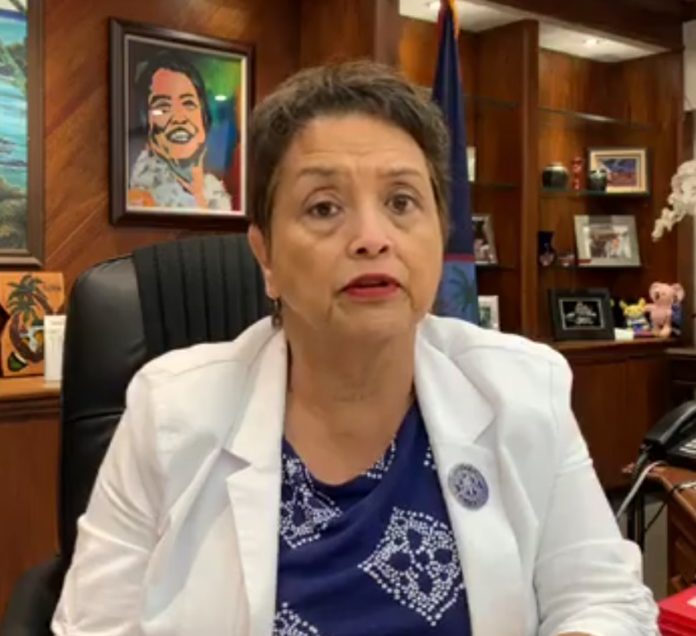 Governor Lou Leon Guerrero this morning said that the resumption of tourism on July 1st is now under reconsideration because of the recent spike in positive cases of COVID-19.

“We’re going to re-visit that, of course,” said the Governor in an interview with K-57’s Patti Arroyo Friday morning. “I’ve alerted  (GVB Board Chairman Sonny Ada) already about re-visiting this decision of opening on July 1st.”

The Governor said tourism officials have always known that if circumstances changed and the number of positive cases rose then the re-opening would have to be reconsidered.

Earlier this week, the Guam Visitors Bureau sent letters to their tourism counterparts in South Korea, Japan and Taiwan announcing that visitors from those countries would be welcomed back on Guam without having to provide proof of a negative test for COVID-19 and without have to remain in quarantine at a GovGuam facility for 14 days.

The mandatory 2-week quarantine will remain in effect for arrivals from those 3 Asian nations said the Governor this morning. It will not be lifted on July 1st.

“GVB and the tourism industry have always said to me ‘Governor if things change we will revisit it.’ That has always been the condition,” said the Governor.

The Governor said “it is very concerning that over the last few days we have seen an increase in positive cases. I think most of them are asymptotic because they have not been hospitalized.”

She said the running 5 day average number of cases is still below the threshold level of 5 cases a day, which, if reached, would prompt the re-imposition of sanctions recently lifted.

But she said her plan now is to remain in Pandemic Condition of Readiness 2 and not advance to the less restrictive PCOR-3 on July 1st as previously planned.

That means that the public health emergency will be extended said the Governor for at least another month to allow her to maintain the authority to reimpose restrictions to stem the spread of the disease.