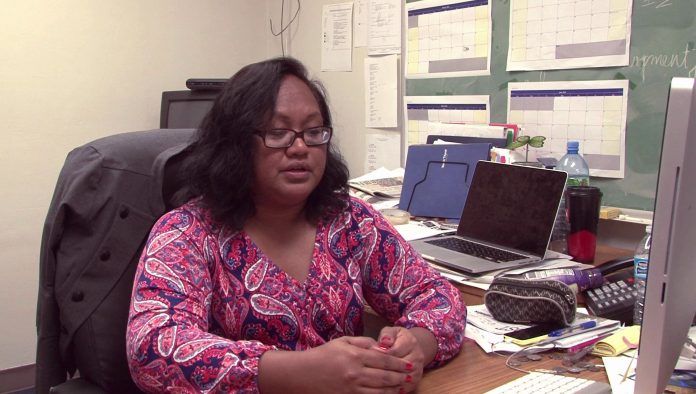 Department of Education’s Deputy Superintendent of Finance, Taling Taitano, responded to this morning’s press release from Adelup that called her a “victim” in regards to GDOE’s supposed cash shortfall.

Taitano was not available for an on camera interview but she told PNC in an interview the following statement: “I’m not playing the victim card, I just expected to have the full cash that goes with the allotments. And I’m not the victim here–we’re trying to pay for the school and our vendors.”

PNC sat down with the Governor’s Spokesperson, Oyaol Ngirairikl, who provided an unofficial breakdown of the cash that’s already been allotted to GDOE for this fiscal year.

Based on this unofficial report, GDOE should have already received about $212 million which is about $14 million to $15 million over the agreed upon amount.

Ngirairikl said: “DOA has been consistent in providing [GDOE] the agreed upon amount and then some, every week. So, one, how can you be surprised at the amount that you have and two, how is it that you’re short? And you’re saying that you can’t pay net payroll or you can’t pay utilities when this is the amount [they] agreed upon?”