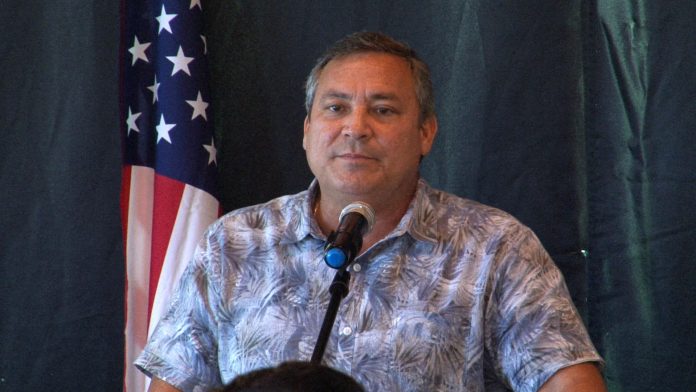 Guam – Governor Eddie Calvo continued his pitch to tax and borrow for the Guam Memorial Hospital today at the Rotary Club of Tumon Bay.

The Governor told Rotarians that GMH has an operational shortfall of about 36 million dollars a year. The Governor says that this shortfall is not because of overstaffing. In fact, he says that as of May 31st, GMH employed 974 full time employees which is well within the normal range based on statistics of the American Hospital Association. The Governor went on to explain that the shortfall is largely caused by uninsured patients who often simply don’t pay for emergency treatment and by the federal government’s underpayment of Medicare and Medicaid.

“I’m here today to ask for your support to see what you can do for the passage of these two bills. One for the CIP’s and one to allow for an annual subsidization to cover for those that do not pay and those that do underpay,” said Calvo.

The Governor also told Rotarians that this is not about a victory for his administration but about saving a hospital that is extremely important for the people of Guam.

All-RISE wraps up; cap exceeded but Gov will shoulder surplus; all...