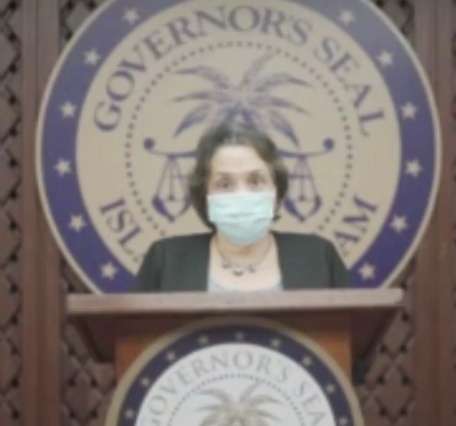 Today is the 10-day deadline for the Governor to yay or nay the Fiscal Year 2021 blueprint as approved by the Legislature.

The Governor, on the air with K57’s Patti Arroyo Friday morning, said she’s not outright vetoing the budget, however she’s been working with Senator Joe San Agustin, the Chair of the Appropriations Committee, and Speaker Tina Muna Barnes, to find a compromise on the FY 2021 financial roadmap.

Leon Guerrero said her main concern is funding for the Guam Department of Public Health and Social Services, of course in the midst of a health pandemic. She said the revised budget addresses mostly this funding shortfall, with some other small tweaks here and there.

“Public Health alone in its operations from FY 2020 to what was passed, decreased by $14 million. And what does that mean? What does that translate to? It translates to a decrease in service. I was actually really surprised that they made such drastic cuts to Public Health in a time of a pandemic…in crisis.”

The Governor says she and the Senators have been workshopping a revised budget bill back and forth and have come to agreeable terms.

She said there’s movement to increase revenue by $7 million, which would allow for more money to Medicaid and for funding Public Health so they don’t need to cut back services.