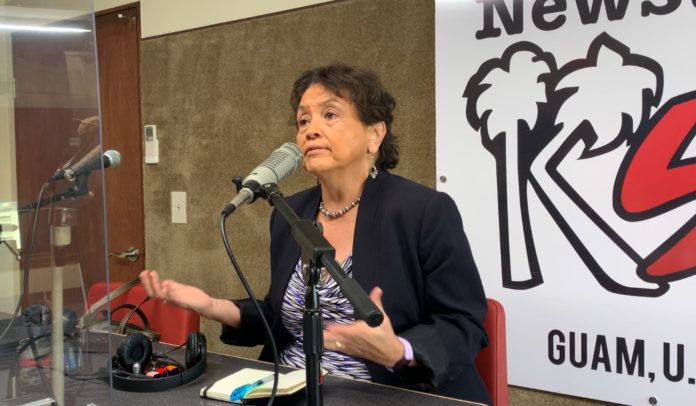 Governor Lou Leon Guerrero today said the politics surrounding the coronavirus pandemic has in some ways been more stressful than the fight against the virus itself.

In a lengthy interview with K57’s Patti Arroyo on May 22, Friday morning, the Governor talked about the difficulties and the successes her administration has had in coping with the ongoing crisis.

“Dealing with the pandemic crisis, Patti, is not as stressful as trying to assure people that the politics that is happening is not what’s going on,” the governor said.

But that hasn’t always been the case, she said

“I’m not seeing that from some of the legislators. Just a few, not all. And there are many that are very supportive. For those that aren’t, I really don’t understand why …You know senators that grandstand. The non-traditional media, social media, that takes things out of perspective, out of context. And for what purpose, I don’t know. All it does is scare our community,” the governor said.

A lot of the recent criticism has been over the way the quarantine hotel procurements have been handled.

Some have suggested laws were broken and profits have been made by a few.

The governor also defended her administration’s transparency, pointing to the numerous ongoing news conferences she’s called and the response to dozens of FOIA requests.

“We have all the records. It’s an open book. I think everybody in Guam has all the information because we are FOIAed every minute of the day. FOIA your email, FOIA your text, FOIA all the information. So now as a strengthening to transparency, we’re putting everything up on the website through the Attorney General,” the governor said.