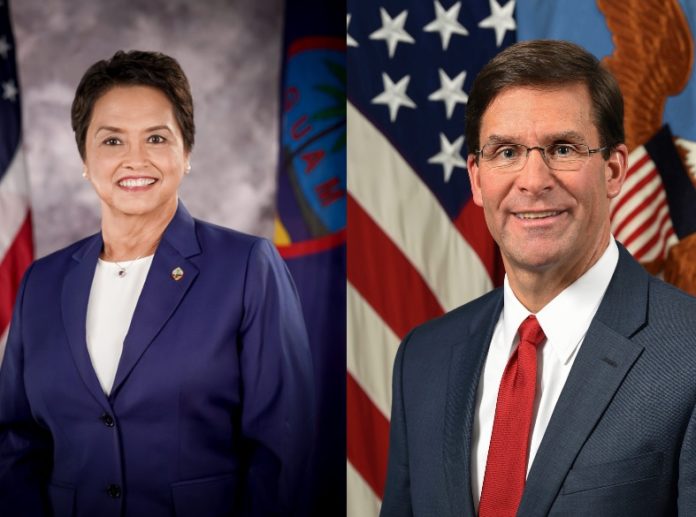 The Governor confirmed her meeting will be for 15 minutes on Saturday.

Because of the limited time allotted, Leon Guerrero says she expects many of the conversations will be surface level.

“Well he’s just doing a courtesy visit, but I’m going to take the opportunity to talk about the ship repair facility, I want to know what the future plans are for more defense here on Guam. We’ll probably talk a little bit about excess land.”

The Governor says she’ll also tee up her future meetings as well.

“I will also let him know that when things settle down, I will make a trip to DC and have more detailed discussions.”

When asked whether she supports having the Aegis Ashore missile destroyer on Guam, the Governor said, “yes, I aboslutely do.”