Governor Lou Leon Guerrero sought to re-assure the public at her afternoon news conference today, saying that the recent spike in positive cases was expected because of the expanded testing.

“When we did decide to lift restrictions, we were aware that we would see more positive cases because we are testing more,” the governor said.

She added: “What we’re seeing is what we really wanted to be. Increased mobility and contained coronavirus. That just says to our community that despite the fact that people are going out and doing more activities, we are still able to maintain a below 3% positivity rate.”

Over 30 community testing outreach events have been held in recent weeks and the governor said they’re averaging more than 200 tests a day, with 9.2 percent of the population, or 16,000 island residents, now tested for COVID-19 and just 3% have been found positive.

However, Dr. Felix Cabrera of the governor’s physicians advisory group, acknowledged that the running day average is now over the 5 percent limit that the governor had earlier set as a trigger point for re-imposing restrictions that have been lifted.

“We had initially established that a threshold for concern is 5. So, technically we’re above that. So, yes, we are a bit concerned as I’m sure many are with the elevated new case counts per day. However, test positivity rates is only 1.59 percent over the past 7 days. And our threshold for that is 3 percent and so this is well below that,” Cabrera said.

However, the Governor said the re-opening of the island to tourism is still on hold and no date for lifting the mandatory 14-day quarantine has been set.

“No, I don’t really have a target date yet. We’re still discussing this with our business community and also with the physicians advisory group,” the governor said.

During the news conference, the governor also announced that 7 more states have been added to the list of high-risk points of origin that will require a mandatory 14-day quarantine for those coming to Guam from those states.

The new states added to the list are Wisconsin, Wyoming, Oklahoma, Ohio, Missouri, Louisiana, and Kansas. 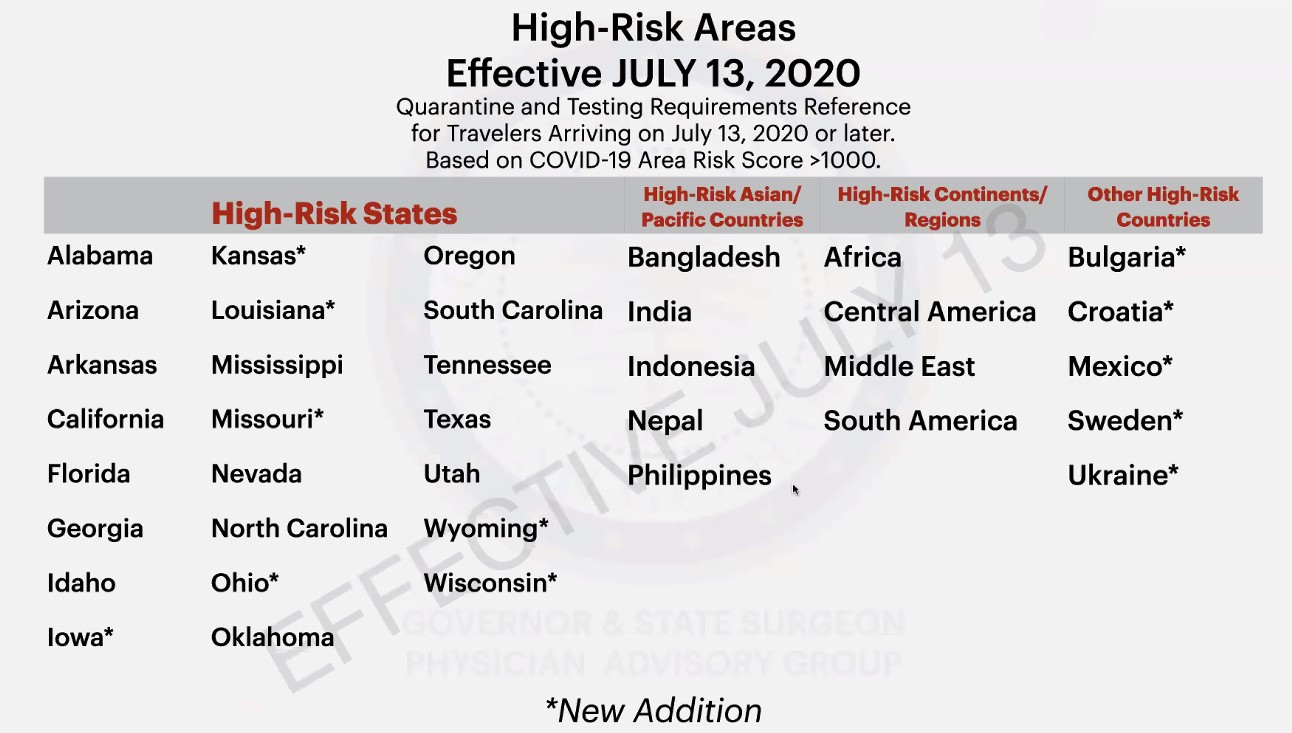