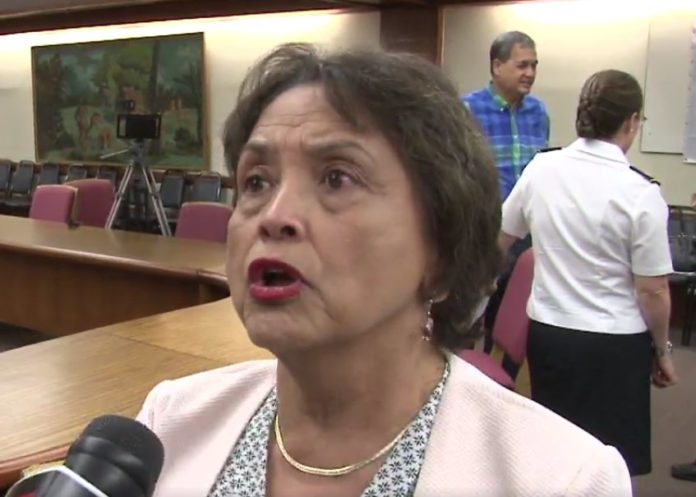 As the economic impact of the coronavirus crisis deepens, there are concerns that layoffs may be coming for some in the private or public sector.

If that happens, Vice Speaker Telena Nelson has proposed a safety net in a measure that would establish unemployment benefits.

Bill 313-35 would create an unemployment benefits fund that would provide financial assistance for island residents who may lose their jobs, through no fault of their own, “if a public health emergency or some other economic disaster occurs.”

The governor told reporters Wednesday that she supports Sen. Nelson’s proposal and will work with her on finding sources to fund it.

Among the options, she said, is the over $10 million the U.S. Treasury Department has agreed to reimburse GovGuam for the local war claims payments that have been made.

“Because 1365 has just passed, I don’t know if the president has signed it, but we might look at those monies that we are reconciling when they give us those monies back that we had advanced. That might be another source. There are several sources but I do want to make it happen,” the governor said.

Vice Speaker Nelson, in a release announcing her proposal for unemployment insurance, noted that Guam families are already feeling a sense of vulnerability because of the rapid spread of the coronavirus and it’s important that we take action because livelihoods are at stake.