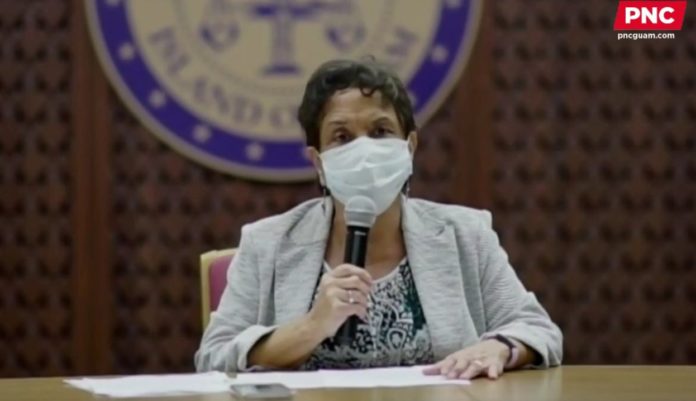 Governor Lou Leon Guerrero said the Guam Federation of Teachers’ flip-flop on Speaker Tina Muna-Barnes’ bill came as a “total surprise” to her.

GFT Representative Robert Koss sat next to the Governor along with Speaker Barnes during Monday’s news conference and he expressed his support for the Speaker’s Bill 359-35.

The Governor, in her online news conference today, said it’s her understanding that Koss was aware of Vice Speaker Telena Nelson’s bills yesterday.

Koss today said he was not.

“But I do also know that at the press conference, Robert Koss was aware of the two bills at that time and he did say that it would have to be worked out between the legislators and the senators as to what is going to be resolved. But he was confident it will be resolved and at that time he did not pull his support from Bill 359,” the governor said.

But Koss said: “It’s very frustrating to me that nobody informed me that other bills were out there and asked to come in and work on a compromise and told that we have limited resources and had to do that.”

As for the lawsuit filed by Attorney Tom Fisher today, the Governor expressed confidence that the lawsuit will not prevail.

“I’m confident that our position is correct. I’m confident because as you read the attorney general’s opinion … but again, that’s what courts are for — to come out and argue disputes and we’ll go from there,” the governor said.

The Speaker’s Bill 359 and Nelson’s two bills — Bill 357 and Bill 358 — are expected to be heard next Tuesday when the Legislature is called back into session.