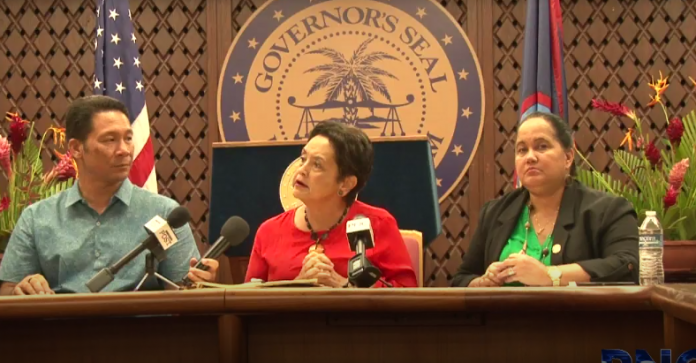 After deliberating with her legal counsel, Governor Lou Leon Guerrero tells Newstalk K57’s Patti Arroyo that she plans on making a firm decision on bills 32-35 and 29-35 before the pieces of legislation lapsed into law.

Sen. Clynt Ridgell introduced Bill 32-35, which seeks to legalize regulated adult-use cannabis. The second legislation, Sen. James Moylan’s Bill 29-35, seeks to authorize the Mayors Council of Guam to get the ball rolling on the rules and regulations of games-of-chance during Guam’s Liberation Festivities and other fairs.

Following the peaceful protests in Adelup last week, the Governor said, “The concern, of course, is the access to the public and what is the government going to be doing if the bill is signed into law in terms of controlling, protecting and ensuring the safety of our people. So those are the kinds of things I am looking at very closely.”

The governor also believes that ample time has been given to the cannabis conversation, throughout government agencies, and within the community.