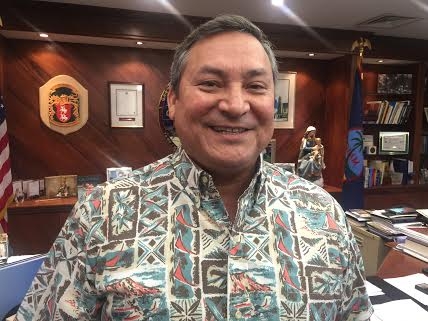 In a release to the media the Governor called bill 30 inorganic saying it “violates the doctrine separation of powers.”

Guam – Governor Eddie Calvo has also vetoed a bill that would’ve required GovGuam agencies to use the Attorney General’s office as their legal counsel.

In a release to the media the Governor called bill 30 inorganic saying it “violates the doctrine separation of powers.” The Governor says the measure would’ve limited government agencies’ ability to hire outside attorneys. The governor’s office asserts that the bill would’ve forced agencies to rely solely on the already strained resources at the Office of the Attorney General of Guam. The bill would’ve allowed executive agencies to hire private counsel on a case-by-case basis but the Governor’s office says it would have also required the agency to gain approval from the Attorney General and the legislature. The Governor is quoted in the release as saying “As I stated in my veto message to bill 180-32, requiring that an autonomous or executive branch agency certify to the legislature it’s need for legal counsel is an act that intrudes upon the Governor’s organic act authority to administer the executive branch.”