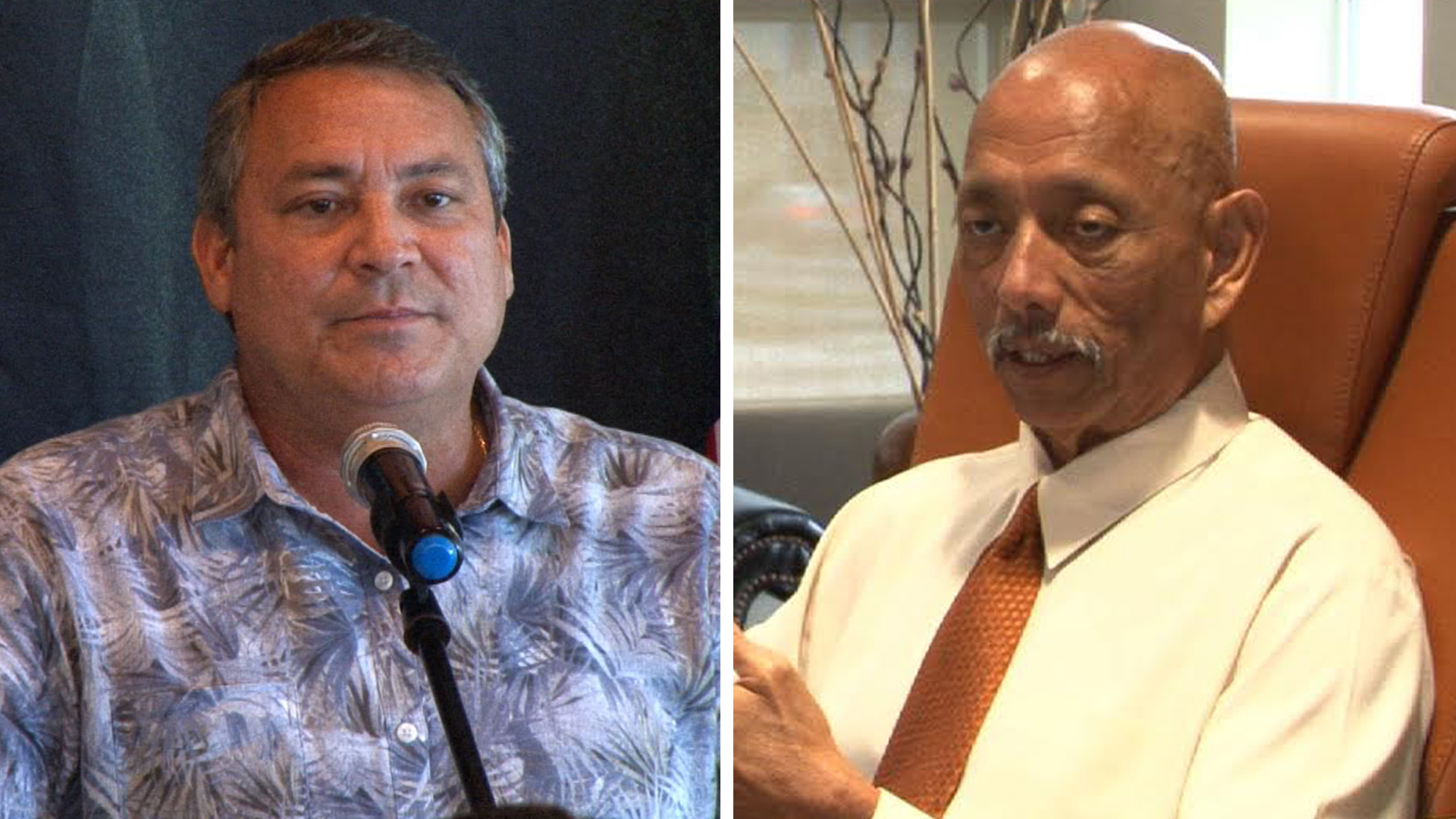 Today, I have no choice but to veto the budget bill. In clear conscience, I could not sign a budget that would affect our island in such a way that our people’s safety, their health, or education would be at such a risk. – Governor Eddie Calvo

The measure which started out as a biennial bill eventually passed as a budget for a single year. The bill is more conservative than Governor Calvo’s proposed spending measure. The version passed by lawmakers spends $34 million less than the Governor’s version. However, the administration has been critical of these cuts saying it will negatively impact government operations. Speaker B.J. Cruz on the other hand has said that the bill rolls over the same spending levels for agencies from the current fiscal year.

In a special address Governor Calvo said the bill would prevent GPD from hiring additional officers. “Safety has always been a priority of this administration yet when we try to fund 33 positions for additional police officers to fill the ranks of Guam’s finest. The legislature took away any possibility of that instead looks like we may need to wait another year,” said Governor Calvo,” said Governor Calvo.

Speaker Cruz issued a response to this saying that GPD should not prioritize promotions over hiring. The Speaker pointed to testimony provided by GPD in which GPD says they’ve hired just 16 new officers in the last two years and instead intend to fill 119 promotions. “What’s the number of promotions I think that was the question?” asked Speaker Cruz during a legislative session. “There’s a 119 positions that we are looking to fill via promotions,” replied Chief of Police J.I. Cruz.

The Governor also says that GMH was “put on the back burner” as no funding was approved for capital improvements. Calvo also says the budget risks putting DOC into federal receivership as the correctional facility “will not have any money to feed its inmates and detainees, nor will it have funding to provide for their medical care.”

READ FULL ADDRESS FROM GOVERNOR BELOW:

My dear people of Guam,

Today, I have no choice but to veto the budget bill. In clear conscience, I could not sign a budget that would affect our island in such a way that our people’s safety, their health, or education would be at such a risk.

First and foremost, safety has always been a priority of this Administration. Yet, when we tried to fund 33 positions for additional police officers to fill the ranks of Guam’s finest, the Legislature took away any possibility of that. Instead, looks like we may have to wait another year, leaving our people without the protection that they need. Is the feeling of security among our residents not a priority to this Legislature?

When it comes to the next generation of Guamanians, I don’t need to remind our people how important it is to fund our schools. Yet when there was an opportunity to instill millions of dollars into the Territorial Education Facilities Fund through the revaluation of property taxes, the Legislature decided that that wasn’t necessary, even knowing that it was our priority – education of the students. The Department of Education relies on the Territorial Education Facilities Fund to fix our schools and serve our children, yet this budget and the Legislature seems to have forgotten all of that.

For over a year, we have been before the Legislature, advocating for our island’s only public hospital. Yet in this budget, Guam Memorial Hospital is once again put on the back burner – we aren’t able to make the capital improvements we need, that will help GMH improve its patient care. GMH is the only hospital on island that does not turn away a single patient, yet this budget does not prioritize the care for any patients at all.

Then, there’s tourism. In light of the recent situation with North Korea, our visitor arrivals are not faring well due to cancellations. The last thing we need is for this trend to continue. Declining economic activity will signal job losses; the spiral may be difficult to bounce back from. Now with that said, now is the time to arm the Guam Visitors Bureau with the resources they need, not to take it all away.

Finally, if this budget were to become law, DOC will not have any money to feed its inmates and detainees, nor will it have funding to provide for their medical care. These two areas, aside from being inhumane, would violate the conditions of the federal court order and send yet another GovGuam agency back into federal receivership.

In my many years as an elected official and my 6 and a half years as a Governor, I’ve always been ready to discuss numbers leading up to a budget. Yet, when I wished to meet on the special accounting service and the special economic service, it just fell into deaf ears. Not once has our Speaker brought us together in an open form, though I’ve asked many times. There was not a single meeting to discuss this budget collaboratively. There was no information given to the Senators beforehand, which gives me reason to believe that this budget was done insidiously. I tried to have open and transparent meetings on the revenues and I have asked the Speaker publicly to call hearings after we told the Legislature of these needs. I wanted the Speaker to bring the Senators together, not to surprise us in the end with a bill that is so drastic in its pain. Some of these Senators who voted for it may not have even realize the consequences of what they have done.

With twelve senators voting for this budget bill, it can be said that this measure has gained enough support to override the objections of a Governor. But be that as it may, my veto serves as a notice to you and the people that we serve, the people of Guam, that the responsibility and the consequences of your actions will reverse all the progress that has been made these past few years. And I cannot and will not affix my signature on this budget bill. I cannot and will not sign a bill that will jeopardize the basic needs of our people, and I leave this in the hands of the Legislature in the hopes that they will rethink their priorities and do what is best for the people of Guam.

READ FULL RESPONSE FROM SPEAKER BELOW:

“The Governor wrote a 7 page letter to say what he could have said in 10 words: ‘I want to spend 40 million dollars we don’t have.’ In the last two fiscal years alone, adopting Governor Calvo’s revenue projections would have left Guam in a $100 million hole. That isn’t politics. It’s arithmetic.
If Governor Calvo wanted an additional $20 million this fiscal year, he could have selected the health insurance option that helped all of our families. I think we all know why he didn’t. Nearly every year that I have been Chairman, the Governor has asked this body to pass a budget that made things up for political convenience. Instead, bipartisan budgets have passed because Senators from both Parties were committed to a budget that made sense. I believe we will do that again.
While the Governor might be doing his best ‘petulant child in the toy store routine,’ I don’t believe my colleagues will risk a government shutdown just because Adelup is fonder of temper tantrums than hard truths.”