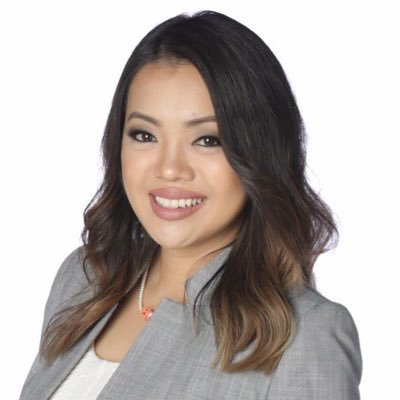 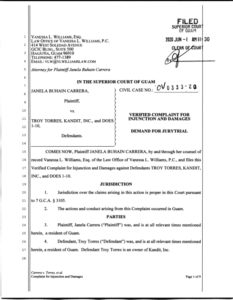 The Governor’s Director of Communications has filed a revenge pornography lawsuit against Troy Torres and Kandit Inc.

In her civil lawsuit, Janela Carrera claims that during the month of May, on several occasions, Troy Torres used his Kandit News platform to intentionally advertise images of her in a state of nudity or engaged in sexual contact.

The lawsuit claims that Carrera is identifiable from the images and information displayed with the photo.

Torres is accused of publishing at least two videos in which he’s said to have made statements with sexual innuendos towards the plaintiff.

At the end of the first video on May 12th, Torres refers people to a Facebook page and person, believed to work for him, where they can go view the images.

Since May 12th, Carrera’s lawsuit claims that the defendants intentionally caused others to display and publish the nude images and that on May 27th, one of the private photos was posted on the Kandit News Group Facebook Page.

Carrera is demanding a trial by jury on all five causes of action, which include intentional infliction of emotional distress and civil conspiracy.

She’s also looking for a restraining order and permanent injunction against the defendants, along with compensation for the damages she’s incurred.

Carrera reported the defendants’ conduct to the FBI and local authorities.

In a statement to PNC News, Carrera’s lawyer, Vanessa Williams, said: “Revenge pornography is not only a crime, it is also a pandemic of a different sort. There are countless individuals who weaponize such private images, and too many women who feel terrorized and powerless in these situations.”

Williams says they’re confident the law will protect her client, and that Carrera will prevail on the merits of her case.

The revenge pornography bill was signed into law in February of this year. It allows for civil remedies for victims.

In addition to Troy Torres and Kandit Inc., the lawsuit also lists “Does 1-through-10” as their true names are not known.