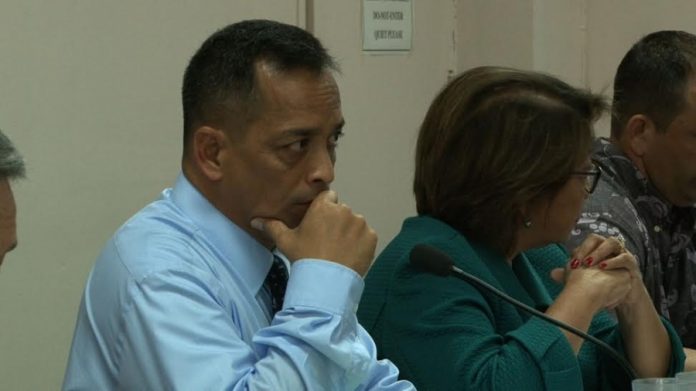 Senator Frank Aguon Junior has written to the Department of Administration, asking officials to clarify whether bonuses earned during the suspension will still be honored by the government.

Guam – A GovGuam bonus program, suspended by the Calvo administration days after a successful re-election, has employees raising concerns with one Democrat lawmaker.

Senator Frank Aguon Jr. has written to Director of Administration Christine Baleto on the status of the merit bonuses: a one-time financial award given to workers who earn superior ratings in performance evaluations.  In 2012, Governor Eddie Calvo celebrated a multi-million dollar payout of the bonuses, including some 20 that were years overdue.  At the time, Calvo’s fiscal team said they planned to continue regular awarding of the bonuses.

A circular from the Department of Administration, sent out in November 2014, said the temporary suspension was in effect so an assessment of the program could be conducted and so that rules could be formed.  Nearly two years layer, Senator Aguon is asking whether employees who have earned the bonuses in the meantime are due a retroactive payment, including those slated for retirement — and whether DOA expects a need for for legislative authority to pay out bonuses earned during the program’s suspension.

“It is a budgetary issue,” said Senator Aguon.  “It’s going to come down to how many individuals during the interim: during the suspension of the merit bonus program are eligible, have received superior ratings — and what that amount would be.”