Governor Lou Leon Guerrero welcomed the S&P Global Ratings upgraded outlook from negative to stable on the Government of Guam’s general debt and its ‘BB-‘ long-term rating on the bonds. The official S&P ratings for GovGuam’s general obligations and other associated financings were published by the bond rating agency Friday.

“While it is reassuring that our ratings went from negative to stable across all areas, we had hoped for a ratings upgrade and pressed hard to achieve as much,” said Governor Leon Guerrero. “Our fiscal team gave great effort to convince S&P of our stability and resilience, and we remain confident that our work is deserving of a ratings upgrade. This will not deter us from continuing to focus on fiscal discipline and responsibility as we support the revitalization of our economy.”

GovGuam’s small and concentrated economy, which is heavily reliant on tourism, continues to face headwinds as a result of the COVID-19 pandemic and anemic recovery of its tourism sector. 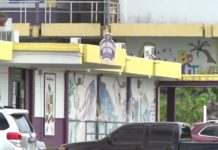 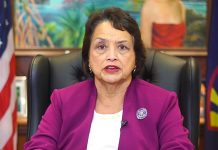