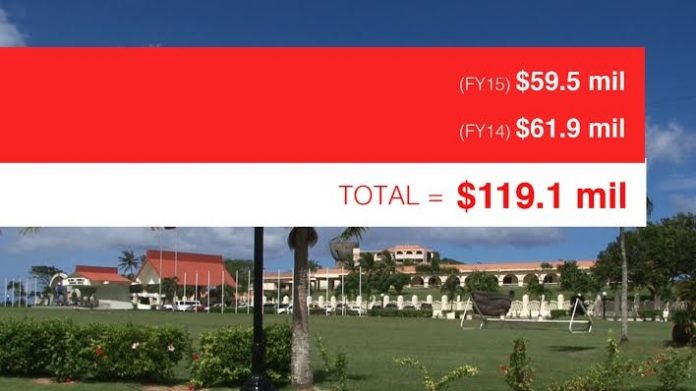 The Office of Public Accountability released an audit today showing that GovGuam’s cumulative general fund deficit has grown to $191.1 million.

This brings the total or cumulative GovGuam general fund deficit to $119.1 million dollars.

According to the report the deficit was mostly due to a $26.6 million dollar shortfall in projected revenues, $24.4 million dollars in unbudgeted expenditures, and $10.8 million in debt service that was not reimbursed from the Solid Waste operations fund.

GovGuam bases it’s budget and it’s spending on projected revenues which are the revenues that the government is forecasting to receive. Based on these forecasted revenues GovGuam was short $11.7 million million in income taxes and short $20.7 million in gross receipt taxes.

Most of the GovGuam agencies were within their budgets. Only GDOE and GPD over expended