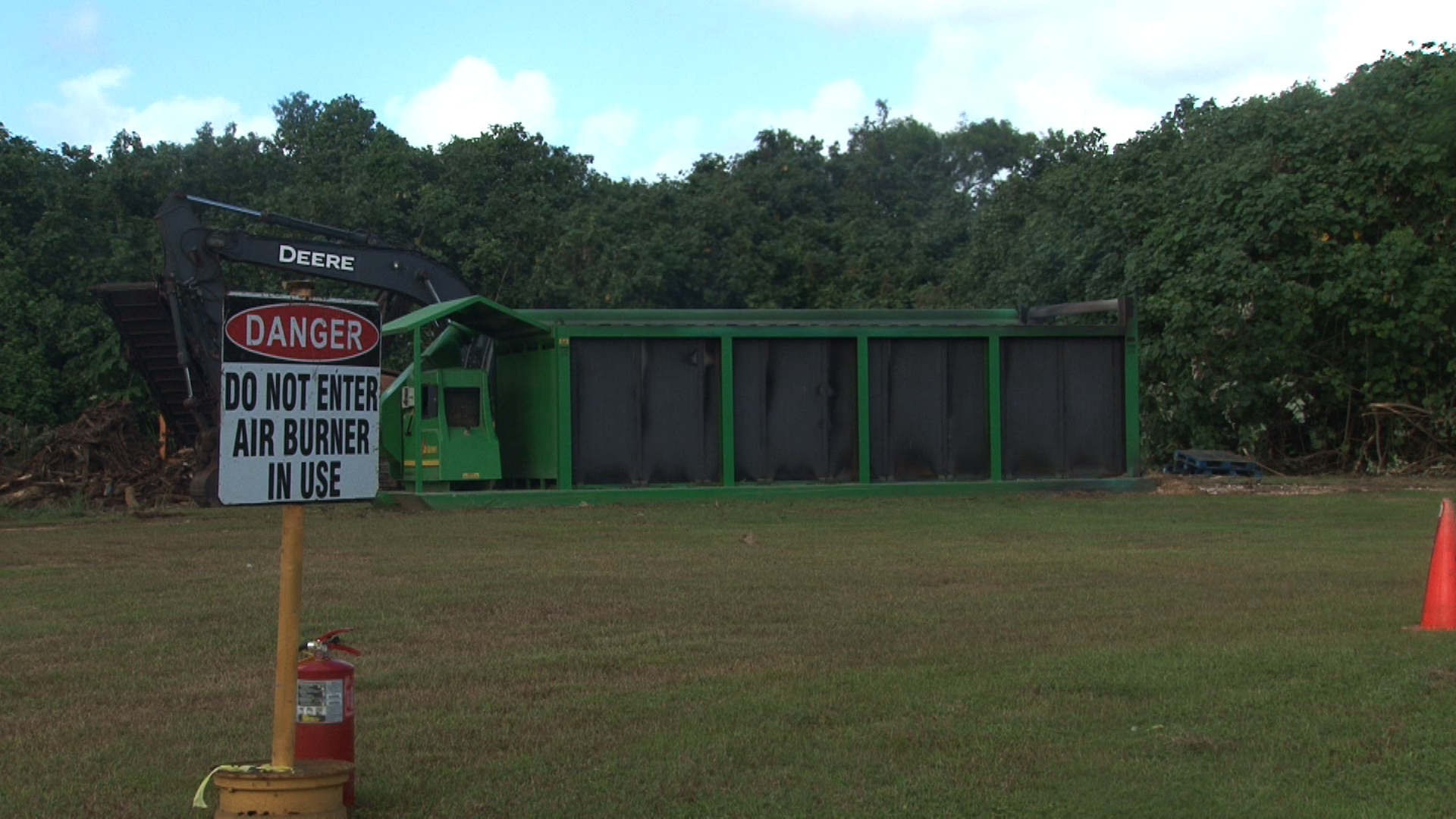 GovGuam is now using a privately contracted air curtain burner in hopes of eliminating the green waste that serves as breeding grounds for the coconut rhinoceros beetle.

Guam – According to a release from the Governor’s office this latest initiative to combat invasive species is underway in the village of Hagatna. GovGuam has contracted Pacific Unlimited for their air curtain burner since the latter part of October. Most of the burning has been occurring at Pacific Unlimited’s site in Yigo but now they are beginning to bring the air curtain burner to other villages.