Unlike the current pandemic unemployment funded by Congress and administered by the U.S. Department of Labor, Congressman Michael San Nicolas said the President’s memorandum will have FEMA tap Disaster Relief Funds (DRF) as the means of payment and requires participating states and territories to fund 25% of the unemployment amount ($100/$400) which may be obtained from Coronavirus Relief Funds (CRF) they have already received. 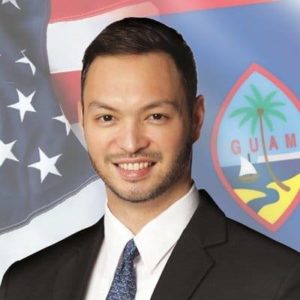 For these additional funds to be available to Guam, San Nicolas said Gov. Lou Leon Guerrero needs to request for the program, fund 25% of the payouts, and handle the costs and logistics of the local administration of the program.

The program, as established, will run through December 6th, 2020, or until $44 billion in DRF is depleted, or until a similar relief package is passed by the Congress.

“This memoranda does apply to Guam and the Territories, however, it needs to be applied for, implemented, and 25% funded by the local government. If this is a commitment the Governor is willing to make, it is necessary for the local government to move forward as quickly as possible, as other jurisdictions will be doing the same, the funds are limited, and the implementation may take some time,” San Nicolas said.

He added: “While the Presidential Memoranda provides a mechanism to extend some unemployment relief, it taps into already strained funding sources, and could impede necessary compromises in ongoing negotiations for legislative relief that is not funded from at-risk sources. We will continue to engage leadership on a legislative solution and will apprise the people of any substantive developments.”