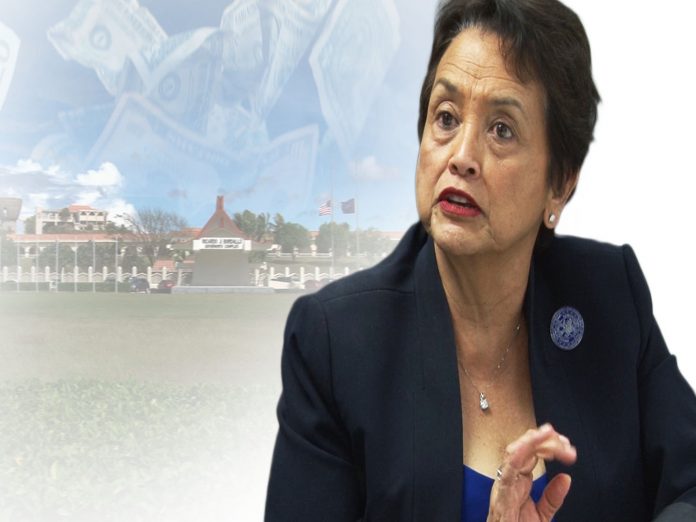 Guam – The government is asking $966.3 million for fiscal year 2020, but will they receive the request? Let’s break down the administration’s budget proposal.

Gov. Lou Leon Guerrero’s strategy to stabilize the government’s finances will involve the collection of taxes to increase the revenue  stream and a reassessment of spending to reduce costs at all levels of government.

On taxes, Leon Guerrero has tasked the Department of Revenue and Taxation leadership to work with the Attorney General’s office in an effort to increase collections, review outstanding cases, and take legal action to recover taxpayer debt as expeditiously as possible.

On spending, the governor’s goal is to construct a budget that is fiscally responsible and prioritizes health, safety, and education, without compromising economic uncertainties like the Tax Cut Jobs Act of 2017, of which the full impact is still being played out in the private sector.

So, how much is administration allocating to the three main areas of concern? The actual total revenues available for appropriation is $889,149,378.

Around $198 million have been appropriated for the other agencies. Other government branches or elected offices get $87.83 million.

Here are some highlights listed in a press release sent out by the Office of the Governor:

Addressing the current fiscal freeze on government employee salary increments, governor Leon Guerrero is proposing to reinstate classified employee increments government-wide. This will be based on a Competitive Wage Study estimated to cost approximately $350,000.

Through the reintroduction of raises the governor hopes to retain positions such as teachers and nurses, while attracting more to fill shortages in the workforce.

Simultaneously, this strategy intends to use natural attrition to ensure competitiveness as GovGuam recruits and retains the skilled employees needed to sustain operations. Finally, The FY 2020 budget proposal includes setting aside 2 percent of the General Fund, or 2 percent of $649.4 million – approximately $13 million – for a ‘rainy day’ fund.

The elephant in the room is tax refunds. The  administration said $125 million will be skimmed off the top before any spending is authorized.