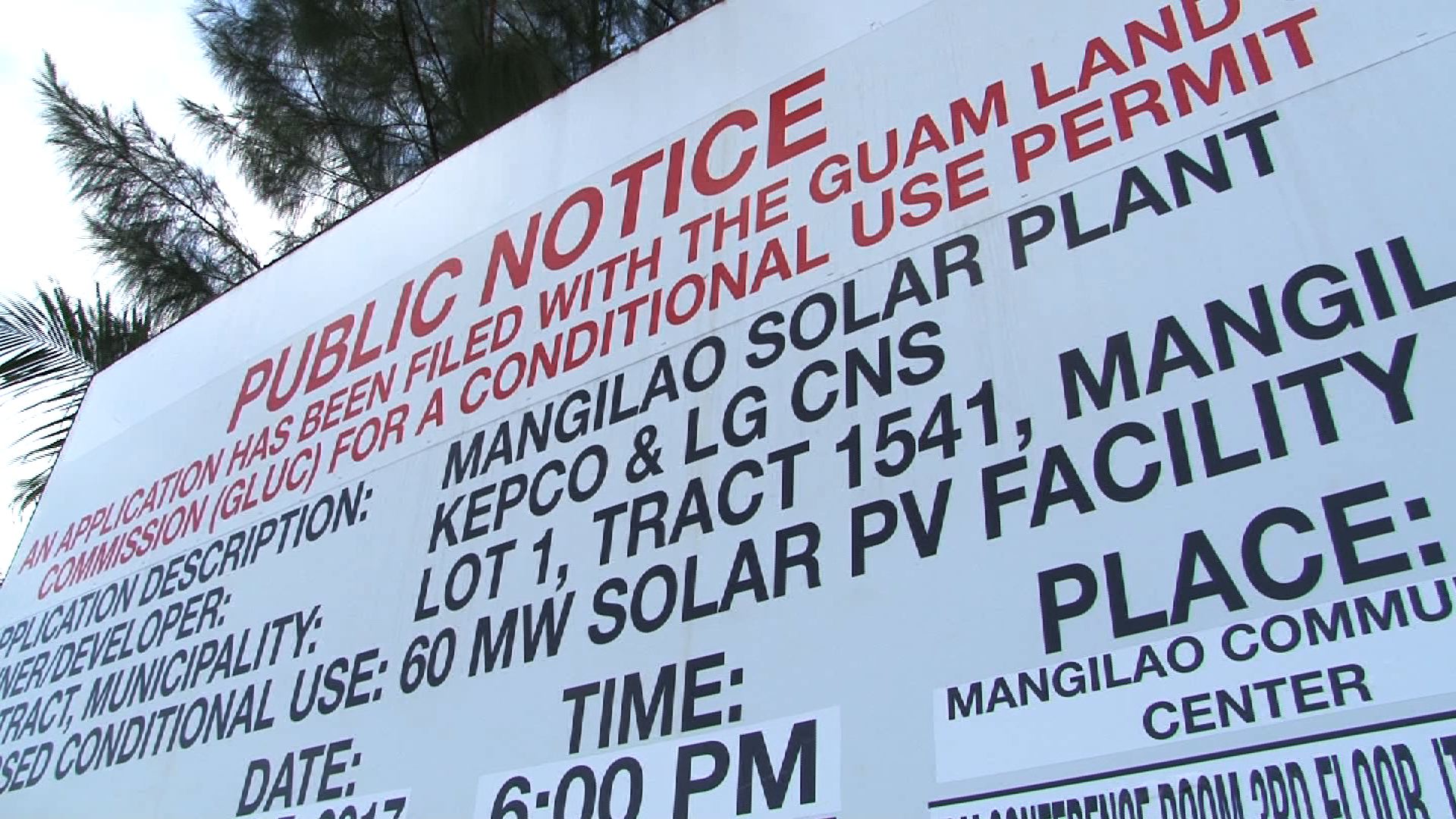 GPA believes the project will be environmentally and culturally sensitive as the contractor will have to adhere to strict building codes, among other standards.

Guam – With a solar farm slated to be built along Route 15 near the Pagat area, some landowners have expressed concerns about its proximity to a historical and archeological site.

We met with the Guam Power Authority to get a better understanding of the project.

Any mention of construction near the Pagat area in Mangilao certainly evokes memories of a time when the military had proposed to build a live fire training range complex overlooking the site. That proposal was scrapped after numerous protests and even a lawsuit by a grassroots organization who eventually prevailed.

And now another proposal for construction of a solar farm in the area is bringing flashbacks for some residents and landowners who expressed some of those concerns at a Guam Land Use Commission board meeting last week.

But the Guam Power Authority is touting the project as culturally and environmentally sensitive since the contractor who will build the solar farm will have to adhere to strict building standards.

“They are going to not use the entire site and are gonna be very respectful of using the natural contours of the land and also to avoid large and specific areas where there may be some culturally significant archeological assets,” said John Cruz, acting GM for GPA.

Cruz is referring to Kepco and LG CNS, the vendor contracted to build the solar farm on property they own along Rt. 15. While GPA has no control over the site of the solar farm project, the proposed area is a location they support and agree is ideal.

The project hasn’t yet received a stamp of approval as ultimately, the decision rests with the GLUC which will have to grant a conditional use permit.

“We support this project and we also support the process of the Guam Land Use Commission and it’s their purview to look at this and provide the approval of the conditional land use,” said Cruz.

The project itself is for a 25-year contract for Kepco and LG CNS to provide 60mw of solar energy to GPA. According to GPA Spokesman Art Perez, 60mw will provide enough energy to supply power to areas of Dededo, Yigo and portions of Mangilao.

The contract is also expected to save GPA about $80 million. That’s because the rate of energy being provided will cost just 12 cents per kilowatt hour.

“With this contract for 25 years, it’s almost constant. It’s about a one percent escalation rate. But we’ve seen from $11 a barrel all the way to $140 a barrel,” noted Cruz in reference to the price of oil.

While the GLUC weighs the various impacts the project may have, the good news is GPA continues to explore renewable energy options for the island.

Another neat feature of the 25 year contract with Kepco and LG CNS, according to Cruz, is that if the project does not provide the energy as contracted, the company does not get paid. Cruz notes this provides incentive for the contractor to ensure the project is done right.