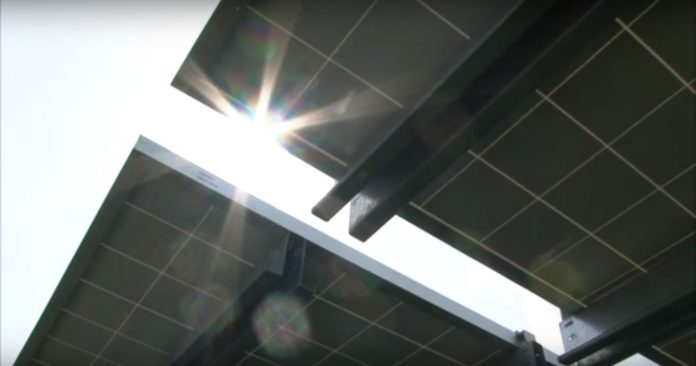 The ribbon cutting ceremony for phase 1 of GPA’s renewable energy project was in early October.

Guam – The CCU and PUC still remain at odds over the future of renewable energy on Guam.

Guam Power Authority General Manager John Benavente said at a Tuesday CCU meeting that he does not recommend moving forward with more renewable energy on Guam until more battery storage can be guaranteed.

“If I may. I do not recommend more renewables with out energy storage because looking at the system and what we have,” said Benavente.

Benavente says that GPA is delaying awarding the bid until he can figure out a way to have the bidders include battery storage in their initial bids. He says that without battery storage, a marriage between renewable energy on Guam and traditional power plants  is dangerous. He says that because of the inconsistency with solar energy throughout the day, GPA’s already overworked power plants are forced to even out the inconsistencies, putting a massive strain on an already overworked grid.

This topic created an impromptu discussion between CCU Commissioner Simon Sanchez and PUC Chairman Jeff Johnson over costs of renewable energy storage. Before Johnson gets up to leave, Sanchez asked him a question:

“If these bids don’t include battery support, should we award them because of what’s going on in the system?,” said Sanchez.

Sanchez asks Johnson who will be paying for the added expense of including battery storage to any future renewable projects. Sanchez says the cost would ultimately make the bids higher, which would affect ratepayers. Johnson however, with an agreeable nod from Benavente, says the rise in cost associated with adding batteries would be minimal. Johnson added that he is talking about a relatively small battery, which would not significantly raise rates. Benavente chimed in and said the rates would only raise 1-2 cents in the event that battery storage is added.

Six months ago in May, when GPA issued the bids for phase 2, they did  not ask to include batteries as a requirement. Chairman Jeff Johnson says, at this point, regardless of whether battery storage would be included, some kind of award needs to be done to prevent losing a valuable tax credit.

The top two bidders right now to win the award for the next stage of GPA’s renewables is phase 1 operators, NRG, and Sun Edison. If the bid is not awarded by the end of the year, they will become substantially more expensive.