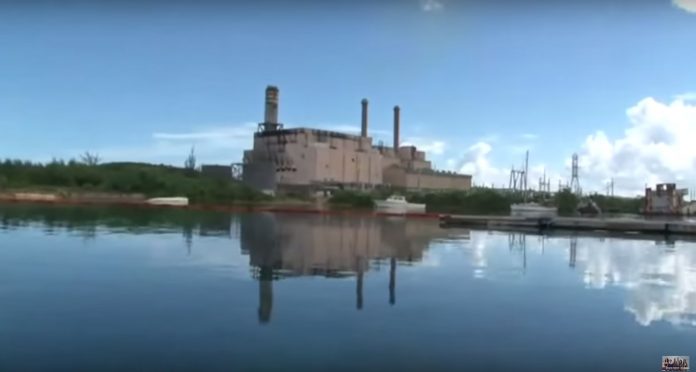 Last week Monday, an explosion at Cabras 3&4 resulted in a loss of 79 megawatts of capacity.

Guam – While the Guam power authority says they have not been able to officially investigate the cause of the fire, Benevante gives an idea of what the damage could be to Cabras 3&4.

“There is a hole in the roof and part of the roof has caved in somewhat and those are the issues that need to be addressed before we can go in there and determine how long it will take to repair if in fact we could repair the units. Number 3 seems like it could be repairable, then again, not sure for now, number 4 seems like a substantial loss, maybe a total loss but we don’t know yet for sure,” said Benavente.

Here’s the main issue: With both Cabras’ out, GPA loses 79 megawatts of capacity. This leaves the power authority with virtually no safety net if one of the remaining Cabras’ goes down for any reason at all. This includes things as small as routine maintenance, as we saw with the most recent load shedding. Which was caused by gpa having to shut down cabras one to repair a leaking tube. Hence the need for alternative solutions.

“We have a lot of capacity within the large customers, there’s as much as 33-46 megawatts of capacity there…if we were to call them and give them an hours notice to get off the line…just like in a typhoon sometime, when the power all goes down their running their hotels their running their large customer power centers, so similarly to that if we can get them to do that for the period of time we need to get other generators up or to repair a generator that will help everybody,” said Benavente.

Benavente says that in the past, large customers have been responsive to this idea. He says gpa is prepared to provide possible compensation to the larger customers for any additional costs they may experience as part of the program. This of course brings up the question of how this will affect the ratepayers in the future.

“As far as the rates, we have looked at the LEAC rate and because fuel prices have come down although we are having additional expenses, it looks like we will make to through at least the next LEAC period without having to increase that rate,” said Benavente.  “A lot of this cost that is related to what we are doing, most of them we can claim against the insurance policy if we need to.”

Benevente says the damage at the plant is insurable. Tomorrow, GPA plans to present these alternative solutions such as the interruptible load agreement program to the Consolidated Commission On Utilities. This should provide a clearer picture of GPA’s term strategy.