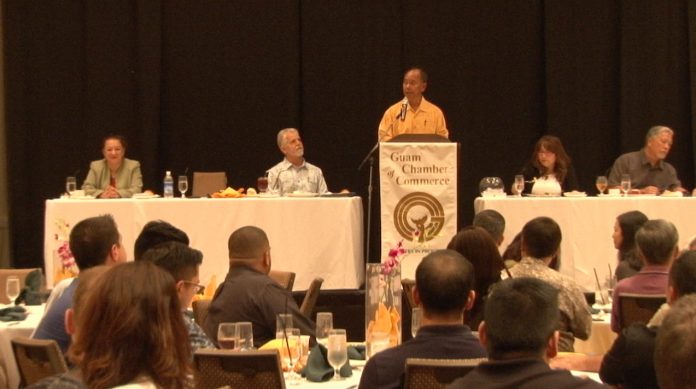 Guam – The CCU recently approved the contract for 40MW of temporary generation to help supplement the loss of Cabras 3 and 4 late august.

At a meeting with the Consolidated Commission on Utilities on Tuesday, Guam Power Authority General Manager John Benavente said that GPA is has offered the contract to procure 40MW of temporary generators to help regain capacity.

“Last night, we approved the procurement of 40MW from Aggreko, Aggreko you can Google them, one of the largest companies in the world that specializes in renting new temporary power,” said Simon Sanchez, CCU Commissioner.

“These temporary generators are more fuel efficient then the ones we currently have,” said Sanchez. “So the net cost, we pay 12 to get the generators, we save 6 on fuel. Is about 6 million dollars to rent capacity. To again help us mitigate, eliminate [and] reduce load shedding.”

The next step is to take the CCU’s approval to the PUC where they will need to approve the measure as well. If approved on Thursday, Sanchez and Benavente have both said that a target date of January 2016 is likely.