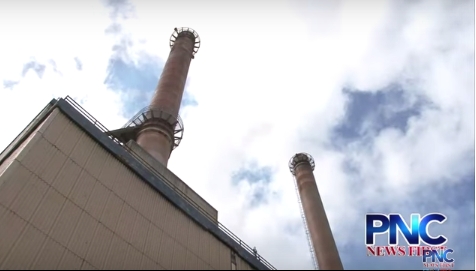 “GPA also committed to building the new generation implementing and putting in more renewables and not raising the base rate at all.” – CCU Chairman Joey Duenas

Guam – The Guam Power Authority is planning on adding 180 megawatts of power to the system via several new power plants. In addition to this they are still hoping to implement more renewable energy despite a procurement protest on phase II of the Layon solar farm.

“Our older generators are really getting aged, are aging rather and they’re not doing their job as well as they should and they don’t work well with renewable energy so we had always planned on putting in 120 megawatts of new generation not one plant but several plants totaling 120 megawatts to replace the two oldest plants that we have which is Cabras one and two,” said CCU Chairman Joey Duenas says that after the explosion that destroyed Cabras units 3 and 4 the Guam Power Authority is now looking at adding another 60 megawatts of new generation.

The idea is to build what is known as combined cycle generators that can burn either ultra low sulfur diesel or liquid natural gas. GPA is currently eyeing property in the Two Lovers Point or Harmon cliff line area to build a couple of these power plants.

Duenas says GPA rejected the protest but has heard that the protestor has filed an appeal with the Office of the Public Auditor.

Despite this they are moving forward with bidding out phase 3 in a month or two which would add 40 megawatts via solar farms on Big Navy and NCTS.

GPA’s plans to increase its power production through a combination of combined cycle power plants and renewable energy was approved by the PUC in 2016.

“GPA also committed to building the new generation implementing and putting in more renewables and not raising the base rate at all. That is our commitment. We are trying real hard we look for help from the PUC. We are gonna be refunding some debt from GPA. We won’t save a lot of money but we’re looking for pennies everywhere. We are cutting costs. GPA is a much different organization than it was even three years ago. I mean really different from 15 years ago,” said Duenas.

The CCU chairman says they are even considering creating a phase four of the renewable energy plan.