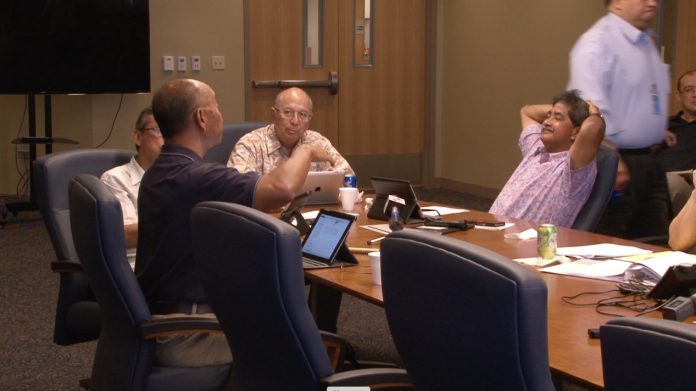 Guam – The Guam Power Authority’s plan to purchase a $35 million battery is now being revised to add on to the original bid and possibly purchase another battery.

GPA General Manager John Benavente told CCU members last week that GPA has a team that is currently evaluating how to add the purchase of another battery to their original bid—which was for one battery to be housed in the old Agana substation and would help deal with intermittency in base load generators such as Cabras 1 and 2. Now GPA contends that the authority must purchase another battery and add another component to the original battery to help deal with the both fluctuation and storage issues posed by renewable energy at Dan Dan solar farm and storage—a thought not brought up in the original phase ii renewable energy bid which was put out in 2014. The revision of the original bid is one of the chief reasons phase II of GPA’s renewable energy project is being delayed according to earlier CCU documents. Benavente says that whatever battery they decide to purchase for energy storage will likely be housed at the Dan Dan solar farm. GPA spokesman Art Perez says that the revision will help address intermittency and storage issues for all renewable projects going forward.

“I think the renewable integration battery will most likely be at the site, and that can be a smaller size and the balance of it will be at Hagatna and maybe expandable, so we’re trying to get a handle to what needs to be but any future renewables has to have [battery storage],” said Benavente.

Benavente says he will present a complete presentation of how GPA plans to revise the bid to the CCU possibly later this month.